The show is presented by Jackalope Theatre Company, an ensemble founded and led by Columbia College Chicago Theatre Department alumni. The play concerns a journalist who returns to her small-town childhood home after her groundbreaking article about a sexual assault is revealed to be a possible fraud. 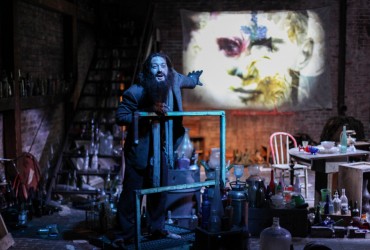