A special College Night on Tuesday, September 29, costs only $10 for college students. The price includes a pizza party at 6 PM, where students will have a chance to talk with Behzad Dabu before the performance, which will begin at 7:30 PM. Tickets for the College Night are $10 (use promo code COLLEGE when ordering tickets — valid student ID required). Dabu, a graduate of Columbia’s acting program, was in the play’s world premiere at Chicago’s American Theater Company in 2012, and he will reprise the role he created in that production: the nephew of a Muslim lawyer involved in the case of an imam charged with financing terrorist-supporting groups. The Goodman’s production of Disgraced is directed by Columbia College Theatre faculty member Kimberly Senior, who also directed the play’s world premiere at American Theater Company as well as its acclaimed 2014 Broadway production. The play received the Pulitzer Prize for Drama in 2013. 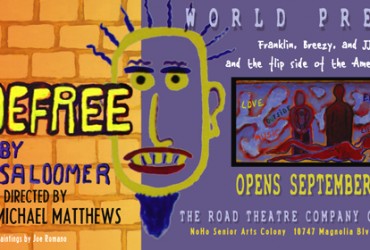