The Meaning of Mystery

What songs the Syrens sang, or what name Achilles assumed when he hid himself among women, although puzzling questions, are not beyond all conjecture.
—Sir Thomas Browne, Urn-Burial 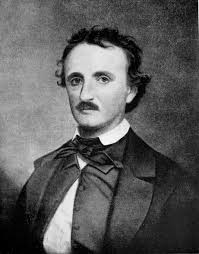 Edgar Alan Poe fans will recognize this passage as the epigraph to “The Murders in the Rue Morgue,” his first detective story and—by many critical interpretations—the first detective story by anyone. Poe’s proto–amateur sleuth, the addled but shrewd Auguste Dupin, has spawned almost two centuries of imitators, including Sherlock Holmes, Miss Marple, Nick and Nora Charles, and Nancy Drew. These detectives all share a methodology. They piece together what is not known from what is. The investigator assembles the available clues and testimony, often at a remove from the crime scene, and at an even greater remove from the crime itself. They are unarmed; their only weapons are their wits. They ascertain action and causation, crime and motive, and their acts of reconstruction and mythmaking are the preoccupations of literature because these stories are works of fiction. When we substitute nonfiction for fiction, then the very act of reconstruction confers greater responsibility. We all assign meaning to the events of our lives. We draw larger inferences and make assumptions based on brief bits of conservation or body language. As observers, the reality we seek to convey is necessary subjective, and we leave it to the reader to judge.

It is significant that the creation of the amateur detective coincided with the creation of professional police forces in the teeming cities of Europe and America at the dawn of the Industrial Revolution. With the shift of social order from church and monarch to more secular, democratic structures, a literate bourgeoisie may have been comforted by the imposition of a refined, intellectual sensibility upon a hard-knuckled bureaucratic enterprise such as police work. Or maybe it is just that they welcomed the opportunity to escape from their disordered lives into the pages of a mystery.

Dan Chaon’s protagonist in his most recent novel Ill Will, a therapist named Dustin Tillman, tells his patient, “We are always telling stories to ourselves about ourselves.” The novel is an intricate reflection on the idea of murder as a much as upon the individual murders detailed. The author draws upon the “satanic panic” of the 1980s when even the most casual followers of sensational murder cases were eager to find evidence of the occult in crime scene clues in order to assign meaning to the most senseless acts.

Chaon sat down with Timothy Parfitt for Punctuate earlier this spring, and the interview appears in this month’s issue. Also in this issue, Desiree Cooper describes the agonizing toll Alzheimer’s has taken on her mother’s capacity for speech, Alyssa Quinn assembles a theological lexicon following her loss of faith, and Sharon Goldman contemplates pictures of relatives lost in the Holocaust and wonders if the institutions, traditions, and values that have traditionally insulated us from facing such horrors are adequate to our current reality.