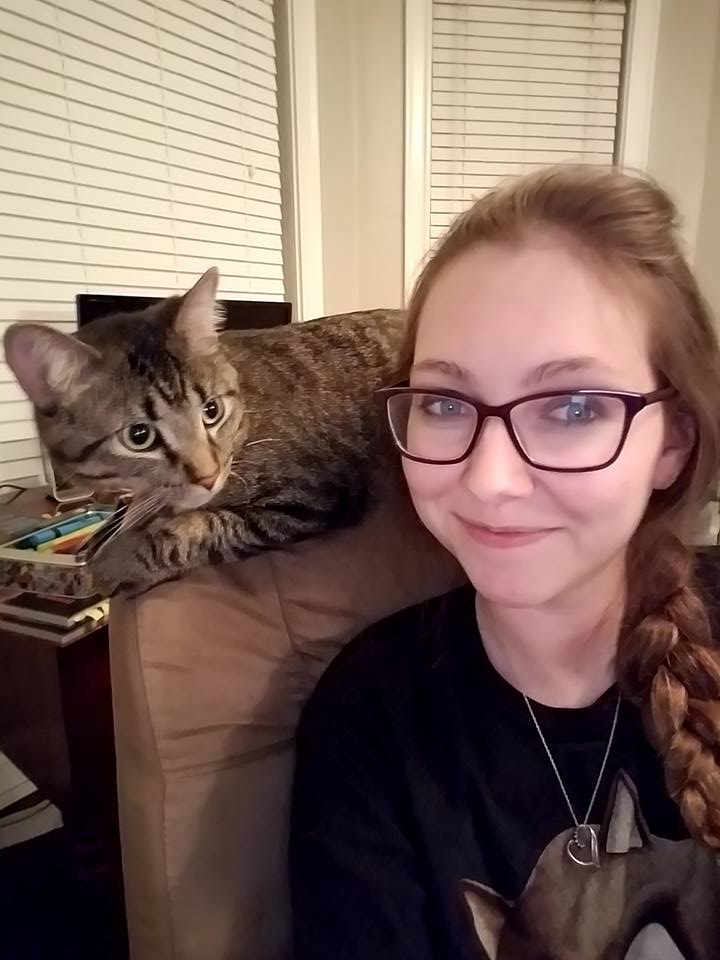 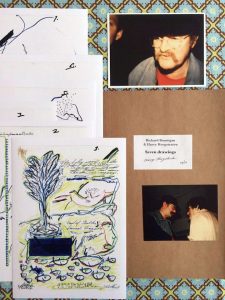 “Dutch poet Harry Hoogstraten . . . managed to shake [Richard] Brautigan from his creative death and together they produced seven improvised drawings, which Hoogstraten kept in his archives.”

When asked, “What author do you emulate in your own writing?”

Well, that’s rather like asking “What quirks has your family passed on to you?”  Mom gave me the sense of humor; Dad, the reticence to go to parties; “Aunt” Carolee, the specific way of coloring in a coloring book, outlining Princess Cinderella’s dress in dark blue before shading the inside of the dress her usual, lighter shade; and the wariness of men and their stranglehold on our governing bodies (and bodies) from Great Aunt Shirley.

I am not as well-read as some of my compatriots, in terms of the ‘greats’ (that might have something to do with Great Aunt Shirley’s teachings, now that I think about it).

Pinpointing to an author I emulate also triggers a panic-response—am I not a unique voice?  Should I take it as flattery if I am put in line with Brautigan, Kafka, or Roethke?  Let’s throw in Woolf, just so we don’t have only men to consider; I think my aural tales could be taken as a ‘Street Haunting’ stream of consciousness, but not my writing.  My fiction is highly character-driven and dialogue-heavy. 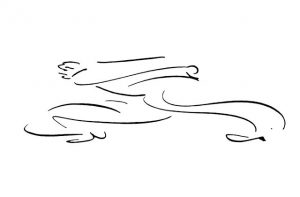 “In [his] diaries,” writes Jonathan Crow for OpenCulture.com, “Kafka doodled incessantly¾stark, graphic drawings infused with the same angst as his writing.”

My work falls into 2.5 categories—novels and graphic novels.  When I wasn’t reading novels, I was reading manga.  Then I was drawing almost as much as I was reading comics.

When I entered a creative writing program, the drawing dropped off and the writing in a recognizable novel and short story format picked up.  (The .5 I mentioned is fanfiction—nothing more character-driven than finding more and more creative ways to revive your favorite character and spend more time with them than fanfiction.  And it scratches the instant gratification itch with each new Like, Kudo or comment.  I would categorize it as the novel’s cousin, but that is a blog for another time.)  The writing I produced, online or otherwise, was very precise in imagery when the character themselves were concerned—which direction they looked when speaking, what they held, what their eyebrows did—because the comic book format limits you in and frees you from inner monologue.  Much like a stage play, the viewer only knows two languages:  Spoken and Body.  The setting itself was mentioned briefly in these scenes before I let the characters loose. It was third grade, on our new fourteen-acre farm in rural Ohio—we had just installed our first satellite dish.  Cartoon Network’s early evening lineup was something like:  Sailor Moon, Dragon Ball Z, Yu Yu Hakusho—the style of all three was so different to the other TV shows I had previously encountered—Tales from the Crypt, Hey Arnold, Rugrats.  Cartoon Network seemed more elegant; the stories spoke to unity and community and supernatural strength—much like the Marvel comic books my uncle Greg collected, but without every character being built like a professional wrestler.  Muscles have never appealed to me.  Sailor Moon was my first experience with a very elegant style emulating women and their feminine qualities as unabashed strength.

It was then my drawing took its new form, that of which I have improved upon and use even now.  Ponytails snatched to the Heavens—pretty boys—tough stories and tougher women—fantasy worlds telling very real truths—all of it stemmed from the anime based on the Sailor Moon manga.  Naoko Takeuchi’s desire to “create girls who I wanted as my friends” gave me my first taste of a cast of teenage girls as strong, unique, and most importantly, taking agency; they saw injustice and confronted it head on—with fabulous hair styles, painted nails, and shoes I could only dream of owning one day.  I now firmly believe their supernatural strength is the only way they were able to function in those shoes, so my characters are strong proponents of practical footwear. As I grow as a prose writer, I carry these elements of visual art with me, but expand on its shortcomings re: the scene itself.  Much like the inner monologue being cast to the wayside, simple cues can be drawn in to show we’re in a diner, in a forest at night, or in a library. Prose requires these sets be built from the ground up using all five senses, not just sight.  The physical acts of writing and drawing activate the two separate parts of the brain and I find that when I’m focused on drawing, I no longer produce prose.  And when I am in a writing or editing mood, I do not draw.

While reading manga has helped me “see” scenes, props, and characters more vividly, the “smelling,” “hearing,” “tasting” aspects of the world have gone unexplored.  That is what I am currently studying, to fill in that deficit.  But the parts of manga I carry with me—the sense of community, the social strings each character creates as they move through their world—has been integral to each of my stories, written or drawn.  In this way, it would be more accurate to say my writing reflects the media which I was consuming from an early age, and continue to consume as an adult, rather than a singular author.

Rachel Martin is a published writer, blogger, and journalist. She earned her undergraduate degree in Creative Writing at Bowling Green State University where she was the editor-in-chief of Prairie Margins, the university’s undergraduate literary magazine. After spending five years in the workforce, she is currently studying at Columbia College Chicago to earn her MFA in Fiction.