Jay was an expressive kid from the womb, a busy baby who had an adorable need to communicate endlessly. But when he was about eighteen 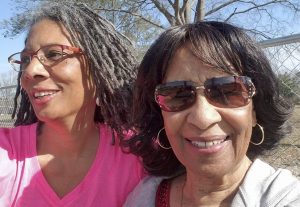 months old, he suddenly started going from purposeful babble to a furious cyclone, flinging himself down and banging his head on the floor. Appalled, I would wrap him in a hug of restraint, fearing for his safety. Often, I’d end up sweaty and crying, trying to understand what was going on.

The tantrums didn’t come when he was angry, or when he didn’t get his way. They came when we were already engaged in something, when he had my full attention. His mood would flash so instantly, I couldn’t understand what was happening. The pediatrician encouraged me to wait it out, and see if he out grew the behavior. By the age of two, the spells waned, and they evaporated after he turned three. It finally dawned on me that Jay had been frustrated trying to communicate. When he wasn’t understood, he would explode. As soon as he had the language to express himself, he never again had to endure the terror of being speechless.

Once Jay caught the fire of language there was no end to the surprise of verbalization. We were a great team, me with my worship of words and him with his love of talking. I read to him incessantly, and he burrowed beneath the covers every night to listen to his dad spin elaborate bedtime yarns. He would go to bed with one set of words at his disposal, and wake up able to properly deploy a dozen more.

While driving him to preschool every morning, I pushed his facility with language, drilling him on phonics.

“What sound does B make?” I’d ask, eyeing him in the rearview mirror.

Once I asked, “What sound does an L make?”

At eighty-three, my mother is too old for tantrums, but I see the cyclones raging in her, too, as she finds herself stranded without words. Language loss due to Alzheimer’s is not simply the reverse of language acquisition. As children learn to communicate, there is the reward of deeper connection and the collaboration, inclusion, and creativity that language unlocks. Memory patients have none of that anticipation, only the rising dread of losing the keys to connection, until they are caged behind silence. For them, a lost word is not a word that may roll out of hiding later, like a forgotten Easter egg. Instead, words flitter from the tongue at the precipice of articulation and are never caught again. Or, they erupt with a life of their own, completely separate from context and meaning.

I once heard a story about a woman who had brain surgery to stop her constant seizures. The operation required severing the connection between the two lobes of the brain. When she awakened, her language was a bit slurred, like someone who had suffered a mild stroke—but the seizures stopped. What happened next surprised everyone: The woman’s right hand literally didn’t know what the left was doing, as if it were guided by a separate brain. Her own hand would slap her, or try to undress her in public or bat away something she was holding. The surgery had caused her to suffer “alien hand syndrome.”

That’s how I’d describe my mother’s loss of language; it’s as if communication is being controlled by a separate, alien mind. There are many times when I can see that a word was fully formed in her head and traveled to the cusp of speech. But like a sneeze that mounts but never explodes, the word simply will not leave her mouth. She knows the word. It’s the right word, but she is helpless to make it appear. If I’m lucky, I can fill in the blank from the context, as she exhales in relief. But many times, I can’t figure out what she’s going for. In those times, she swallows the cyclone and retreats in exhausted silence.

As words separate from their definitions, Mom now has a hard time with the simplest commands. “Buckle up your seatbelt,” might spur a nod and a laugh, as she imitates conversation rather than complying. I have to mime the act of fastening the seatbelt in order for her to connect the words and their meaning.

“Oh! I can do that!” she says eventually, sometimes following through, sometimes not. In those cases, where repetition, day after day, trip after trip, does not spawn learning, I am like a new mother again, struggling to be patient. I yank her belt and extend it gruffly across her chest, while she grabs at it to complete the deed herself. I can feel her humiliation as certainly as she senses my frustration. Everything is so hard.

With my daughter, Rae, language came much slower. When she finally started talking, she was unintelligible. I could see her thought processes maturing, but it was impossible to glean meaning from her demonstrative babble. The older she got, the worse the impasse; the more she talked, the less I understood.

“I thuce,” she said to me once when she was almost two. By then, I’d learned to play Twenty Questions. “You wanna watch cartoons?” I asked, stooping down to give her a hug.

She pushed me away, furious. “NO! Shoe shoppit!”

I stared at her incredulous. “Did you say you want to go shoe shopping?” I was horrified. Where had she come up with that one? I was an avid anti-shopper, especially when it came to shoes. I hated them, preferring the freedom of bare feet. Had my little girl already been indoctrinated into compulsive shopping right under my nose?

She glared at me. “Shoe shoppit,” she spat, and toddled away.

I had the vague feeling that I’d just been cursed out, but there was no way to verify it. There was attitude, emphasis, urgency—but no way to distill meaning. We were afloat in two different worlds and language was not yet a bridge.

Almost immediately, Jay, three years her senior, came up to me and said, “Rae wants me to tell you to stop it.” Translation delivered, he left.

You stop it. How was I supposed to get that out of “shoe shopping?” I went to the fridge and poured Rae a cup of apple juice and took it to her—an offer of peace. Inadvertently, I had stumbled upon the meaning of her first request “I thuce.”

She flapped her hands like a happy seal when she saw the cup and guzzled the cold liquid. “Ahhh!” she sighed like a bar hound at last call, then handed back the empty cup. Had my poor baby been dying of thirst? Grateful, she leapt up, gave me a big hug and said, “Mommy, I was you.”

Relieved that we had finally understood each other, I said, “I was you, too.”

These days, Mom’s speech goes in and out, the way the signal drifts from clear to garbled on a radio dial. If I don’t get her meaning, she moves on to the next thing or goes dark. She is entering a continent with no inhabitants, no native speakers. What does a smile look like on the face of an alien? What does “I need you” sound like on Mars? It must be exhausting to be so alone.

There was a time when I knew that she was in there, fighting to be understood, scrambling to find the words that were the passkey to her desires. Now there are times when she is simply empty. She has become skittish as a doe. It seems that language is also the key to anticipation. Without words connecting images to sequence, her life is a constant startle.

Night time is the worst. By then she is sundowning, with synapses firing haywire, dragging her into the terrifying land of paranoia where even the familiar is frightening. I struggle to get her to relax, to move her away from the window where she waits for the spirits to arrive. It becomes a battle to get her safely into the bed that she no longer recognizes as her own.

Recently, I got her settled down in her favorite chair and turned on “Family Feud,” a show that she only watches for the colors of Steve Harvey’s suits. I brought her a snack of cling peaches and cookies, which she took gratefully. As I left the room to clean up the evening dishes, I heard her speak in a rare full sentence.

“I feel like I’m in a new fiction,” came her thoughts, horrible and clear.

Desiree Cooper is a former attorney and Pulitzer Prize–nominated journalist. Her debut collection of flash fiction, Know the Mother (Wayne State University Press, 2016), is a 2017 Michigan Notable Book that has won numerous awards for short story and cover design, including a 2017 Next Generation Indie Book Award. Cooper is a contributor to the seminal essay collection, Detroit 1967, reflecting upon the fiftieth anniversary of the rebellion in Detroit. Detroit 1967 is a winner of the Historical Society of Michigan’s 2017 State History Award. Cooper’s fiction and poetry have appeared in Callaloo, Detroit Noir, Best African American Fiction 2010, and This is the Place, among other online and print publications. A 2015 Kresge Artist Fellow, Cooper was a founding board member of Cave Canem, a national residency for emerging black poets. She is currently a Kimbilio Fellow, a national residency for African American fiction writers.