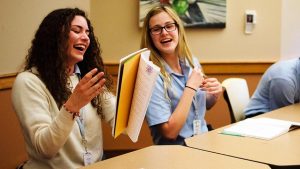 Courtesy Interlochen Center for the Arts

I wish I could tell my high school self: keep doing exactly what you’re doing.

I began writing when I was a wee little kiddo. I started out writing songs and making up scripts to act out with my siblings. My mom came up with this amazing stage name for me, but that will die with the both of us. Then, in early teenage years, I tried writing romantic fiction (you know, what all teens try to write when they are starting to feel feelings for the first time). That didn’t last long because I tried to rewrite Twilight once, and then I was out of ideas. But there was a trend, you know? I was using writing as a tool for understanding the world around me. I was gaining ground to becoming a writer of some kind, I just hadn’t found my niche, yet.

So I went to my high school guidance counselor and begged for help. I asked to be put in any class where I could write creatively. Sweet old woman that she was, she dug in the course catalog and fished out a class that hadn’t been taught in over ten years, but still technically existed. It was labeled Creative Writing. Good enough for me. I spread the word. The class met its headcount, and it was resurrected.

The teacher was this rad old woman with spunky hair (very out of turn for my small Indiana town), and she nurtured the heck out of her kids’ writing. But even she was limited to the class’s curriculum, which consisted of poetry and children’s books.

I was okay at poetry. No e. e. cummings. But for the final project, I wrote a children’s book on this little girl who found a wounded bird and took it home and died with it, and my teacher broke it to me that that type of children’s book wouldn’t really be flying off the shelves.

At that point, I said good riddance. I wasn’t cut out. I had tried every avenue of writing I could think of, but nothing stuck. When you think you feel something inside of you for your entire life, only to find out you’re not cut out for it. That’s pretty disheartening. I graduated high school and came to Columbia with no mind of studying writing.

But my first year, I had to take an LAS class called Writing and Rhetoric, which was taught by a Creative Nonfiction graduate student. This woman saved my life. She taught the class unconventionally. She gave us prompts for which we studied places and people and ideas. We listened to “Walking Far From Home” by Iron and Wine over and over while we wrote in class. (To this day, that’s on my writing playlist.) She encouraged us to write however helped us discover our voice. She taught us to write with purpose, not for fear of reaching an MLA standard. Write to say something. On one paper, I asked if I could capitalize “summer” because I wanted to personify the season to be a woman, and she said yes. Seems little, but it was so big. It was the freedom I’d been looking for.

In the first out-of-class meeting we had, we were discussing a piece of writing I’d done. It was a personal story, but I thought it was just that: a personal story. Like a journal entry. I didn’t question a good thing by looking for another title because with my luck, I wouldn’t find a box it fit in.

She introduced the terms “creative nonfiction” and “personal essay” to me. I was like, what is that?

She laughed. She was like, That’s what you’re writing. That’s what it’s called. And my world was flipped.

On one hand, I was elated. I was finally writing language like I thought it in my head. There was a space for me in the writing world, after all.

On the other hand, I was like Hey, there is a BIG OLD FLAW in the public school system. Why did it take me until college to know what creative nonfiction was? How many other people are walking around this world not knowing the genre exists, when it could be a safe haven for them, too?

There are so many voices with something to say and so many topics that need to be discussed. We need writing terribly in the world right now.

Now that I’m graduating college, I’ve thought a lot about how I could work with school systems in small rural areas where creative writing classes are underfunded or nonexistent and shed light on different forms of writing. I want to make sure other young writers know it’s okay to not be a Steinbeck or Capote, and to share their voice. You are valid. Keep doing what you’re doing.

The Video Game Original Soundtrack and the Pen

Working with the Quitter in Me 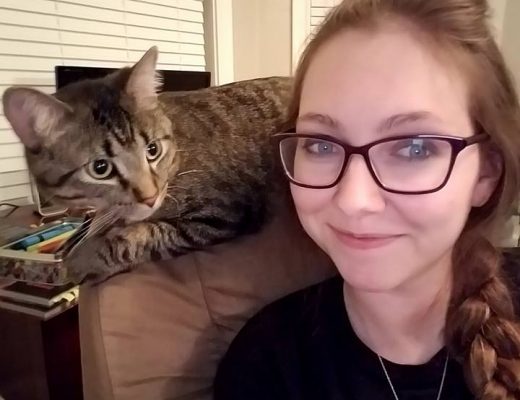