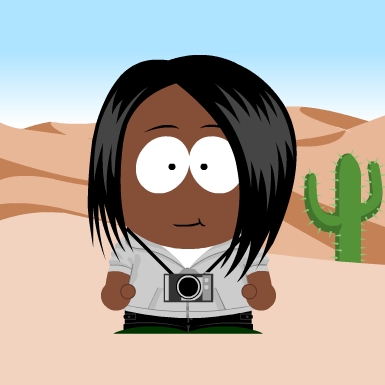 In December 2010, I completed the BFA Photography program at California State University, Long Beach. My work at the time centered around my hometown of Twentynine Palms (29 Palms), California. I moved home and spent the majority of my time working odd jobs and creating new works. I applied to MFA Photography programs in Fall 2011 and was accepted in Spring 2012. I deferred admission for a year, and began graduate study at Columbia in Fall 2013.

When I decided to pursue a BFA, I had a stipulation: If I changed my major I would do so only if I went to graduate school and received an MFA. It worked out that I was ready to apply after finishing my BFA. I was at a point in my artistic career that I wanted to continue to push myself and receive feedback in a different environment. I originally learned about Columbia from the posters that blanketed my undergraduate darkroom for the Lectures in Photography series. Columbia fit the type of work I wanted to make and my photography faculty said it would be a good fit for me. I painstakingly researched every school with an MFA program, even momentarily decided on a different one, but Columbia still ended up being my top choice. The final decision hinged on: faculty, location and work being produced. Entering my second year, these factors are still relevant. My faculty advisors are Paul D’Amato and Kelli Connell. Chicago is a place I have always wanted to live and is drastically different from the deserts of California. The variety of work being produced is great to be around; ranging from traditional photography to installation art that utilizes the photographic medium.

I am currently working on two projects that are influenced by my relationship with the military. I am the daughter of two United States Marines and was raised in the Marine Corps community (MCAGCC) in Twentynine Palms, California. The first project is one I started during my first year at Columbia dealing with military communities. It is slowly evolving. I am excited to see where the project will go. The second project is relatively new and focuses on military veterans that were involved in Operation Iraqi Freedom (OIF), Operation New Dawn (OND), and Operation Enduring Freedom (OEF), from 2001 untill present.