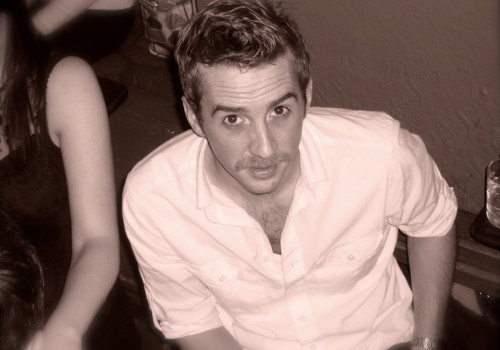 I have just finished my undergrad studies in film & broadcasting in Dublin, Ireland.

I come from a small town in the southeast called Carlow. When I finished high school, I worked as a reporter for a local paper. At the same time, I undertook a one-year media portfolio course. During that year, I managed to get through the doors of the capital-based Irish state broadcaster RTÉ and interned on a primetime television series called Off the Rails. It was a rare frill for a fresh-faced high school grad, and it was my first time dipping my toes into production.

After finishing the course, I landed myself a full-time job with RTÉ. From dealing with actors and agents while working in the fast-paced world of casting on a four-episodes-per-week serial drama, to pandering to the demands of a talking turkey and a sock monster on a live daily studio entertainment show for kids, if I had previously wet my feet, I had now jumped into the deep end.

‘Side from some travel – and some brief film & television courses in Ireland and with the BBC in London – I largely spent the next six years working with RTÉ. It was a brutal training ground, and as much as I gained from the entire experience, I had always felt like I had skipped a few pages somewhere along the way. In late 2008 – with an economic apocalypse and little professional prospects looming – l closed that chapter in order to finally pursue my undergraduate studies.

My studies in Dublin Institute of Technology provided me the chance to travel to Chicago to partake in a student exchange program at Columbia, and it was an opportunity I was sure to avail of.

In January 2011, I set down on American soil for the first time. The plane doors opened, and I was punched in the face with a piercing cold. Then, ‘The Snow’ happened. Chicago was how I imagined it would be from the movies, only this time it was like one of those environmental disaster movies with the end-of-the-world in sight. I manned up and bought a North Face jacket.

I took some great producing, writing, and directing classes and worked on three short-films. Production on the films was more than impressive. There was nothing student-like about these filmmakers. When it came to the end of the semester, much as I did not want to leave, I had to return to Ireland for my final year of undergraduate study. In Chicago, I had found a culturally rich and diverse city, a home away from home. In Columbia, I had found many new friends, filmmaking facilities that dumbfounded me, and a creative community like no other. In myself, I had a new-found confidence in my filmmaking abilities, and I had learned a tremendous amount.

I boarded the plane back to Ireland, knowing with cast-iron certainty, that this was only the beginning of my journey with Columbia.

During the first half of 2012, I produced one of our grad films, The Red Bear. It has been a laborious five months, but a labor of love.

The Red Bear is the story of photojournalist Michael Turner and his experiences documenting the Bosnian War in the early-nineties. His desires to capture these iconic moments of conflict on film take him dangerously close to the action at times. In one moment, Michael comes to experience life on the other side of the lens, becoming an active participant in a world he is used to observing.

It is July, and the film is now in the marketing & distribution stages. My good friend Max, with whom I produced the film, and I have been filling out numerous national and international film festival applications. It is often said that the producer stays with the project the longest; long after the film has been finished and the lights are turned out, it will be the producer who must make something of the film. We have a film we are proud of, and hopefully as we take it through the festival circuit this coming year, something will happen. With any luck we might even take some awards!