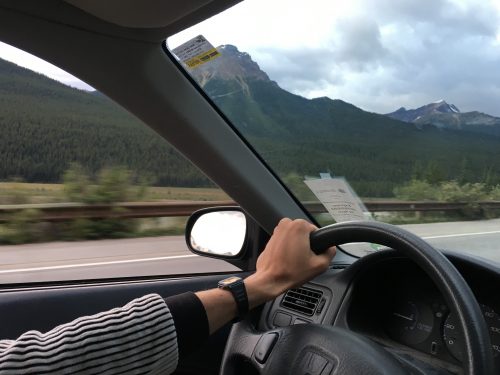 One of the key issues facing national parks in the United States today is overuse. Great Smoky Mountains National Park, which straddles the Tennessee/North Carolina border, sees several million visitors per year. The air pollution there is equivalent to or exceeding that of Los Angeles. Ironically, the same is true in Yosemite, the home of American transcendentalism.

The philosophy of transcendentalism straddles different disciplines, but it is largely centered around writing. Writers such as Henry David Thoreau and Ralph Waldo Emerson are part of the backbone. Their writings found an intimate spirituality with the natural world, complimenting the Romantic Period and paving the way for the Environmental Movement that came a century later. The sister to this movement was the subject of the sublime in painting. It was in the sublime setting that the transcendental writing movement was born. 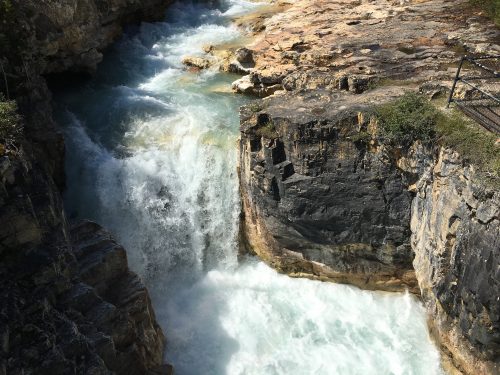 The sublime was at once a beautiful and terrifying force. It was the lonely mountain in the wilderness where your humanity is juxtaposed next to the immensity of the natural world. Or the natural disaster which defies understanding with its incomprehensible force. The waterfall, the rainbow, the crepuscular rays passing through clouds in a dramatic sunset or sunrise—all these things butt up against God, against our mortality, and against the effect that natural beauty has on us. The paintings would depict all of these things, and often place a tiny human or village in the frame, somewhere off-center, to complement this grand statement and point to the discrepancy in size.

This brings us back to places like Yosemite, where the mountain, the waterfall, and the sublime combined to fuel the conservation effort. To destroy it or alter it in any way was to make an affront to God. Though in a way, it seems that our entire conception of how we are supposed to act in these natural settings comes to us through this history of the sublime in paintings. The contemporary usage of the National Park Service thus engenders this early relationship and simultaneously leads to its demise. 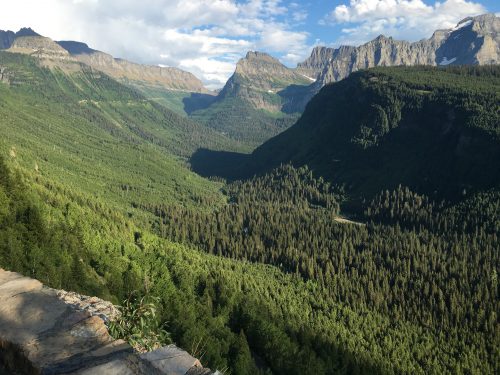 The same does not seem to be true in Canada. I went to Canada on vacation, and I’ve been noticing that the National Parks of Canada, while highly used, do not seem to be suffering from the same problems as those in the States. This could be for any number of reasons; for example, the U.S. has a larger, denser population. But one thing is clear: The sublime settings, which seem overcrowded and decidedly less sublime in the States, are decidedly still very much awesome, terrifying and beautiful in Canada. 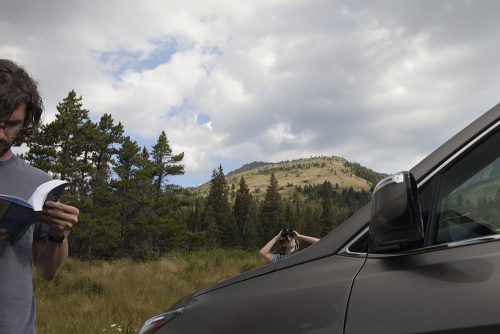 I’ve been excited by this revelation. My work rubs elbows with the transcendent and the sublime, and I have been wondering how to speak to these themes without running to the iconic parks of the United States. Arguably, Canada’s national parks are not that much different; however, what I have found is that they are more deeply reminiscent of the sublime, but with sweeping, dramatic nods to human impact. There are entire mountains with freshly dead trees from the pine beetle, whose populations are surging as the climate warms. The humans are still very small in the frame here.