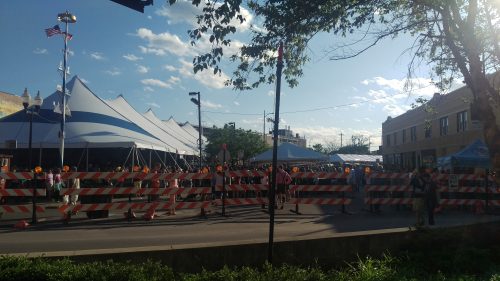 I stepped out my door to see a pile of barricades, tents, and German music for Maifest.

While there are plenty of MFA programs that offer the seclusion of the countryside and sequester writers away from civilization, I think there’s a huge advantage to studying and writing in a city. Since the semester has been over, I’ve stumbled into no less than five different street festivals, including Chicago’s Maifest right outside my door (pictured above), there are enough reading series that you’re often forced to pick and choose between them rather than trying to attend all of the readings in the city, and a city like Chicago is so packed with culture that artists and writers from far away are regularly drawn to the city for events like the Printer’s Row Lit Fest or the Chicago Alternative Comics Expo (CAKE).

As someone who appreciates art, music, and comics as much as he does poetry, being able to take a few steps to the train, thumb my way through emails or social media on my phone, and then arrive at a mass gathering of artists feels like magic. It’s even more exciting to attend one of these events and find that a member of your department is leading a discussion on the intersection of poetry with another medium. 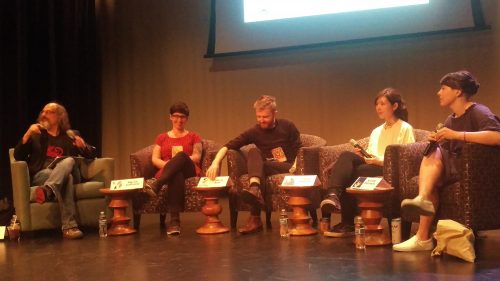 Of course, events like these can seem like a flash in the pan; CAKE and Printer’s Row happened on the same weekend this year and won’t be back again until around this time next year. But there are monthly or weekly poetry readings and slams at places like the Green Mill and Heartland Cafe as well as events like Too Much Light Makes the Baby Go Blind, an hour-long show put on by the Neo-Futurists three times a week where their troupe of actors attempts to put on 30 plays in 60 minutes. 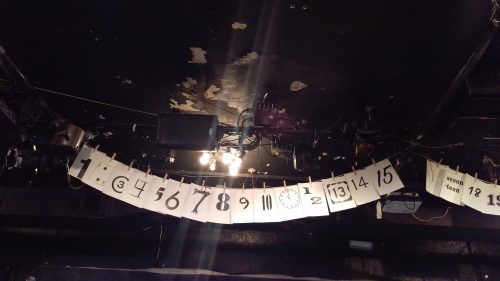 They select the next play at every Too Much Light Makes The Baby Go Blind by audience participation, with cast members leaping to grab the corresponding number before another reaches it.

These are just a couple of the things that have happened in the time since the semester ended, which I have to admit has been perilously low on writing as I give that part of my brain a break. But plans are made to meet with my cohort this summer and get our own workshop going to keep busy and keep improving our craft in preparation for thesis (which is less than a year away… yikes!).