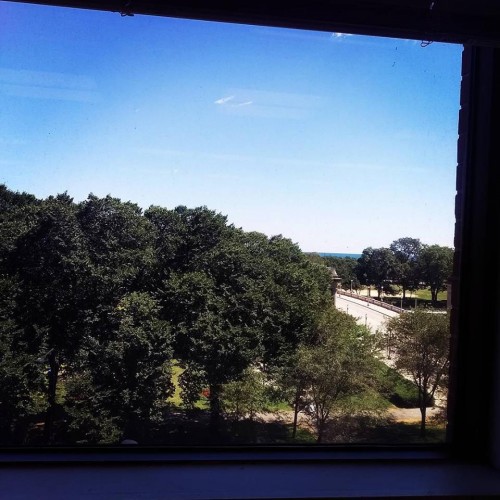 It’s January. This view from the fifth floor of the library would certainly be desolate and gray right now (Photo: David Fairbanks)

Before classes even started last semester, my cohort and I met up with a few of the graduate poetry faculty to meet everyone and for them to answer any of our lingering questions. After Tony Trigilio described a particularly fierce storm that sent a tree limb or two crashing onto his car, he said something about the weather that I’ve repeated to visiting friends and people considering moving to Chicago: “It’s not small talk to discuss the weather in Chicago, it’s a survival mechanism.”

For most of the semester, the only real worry was getting caught in the rain without an umbrella—if you leave the house without an umbrella on just one day, this will happen to you, even if the forecast is clear—but once we neared the end of the year, snow, ice, and cold became a concern. 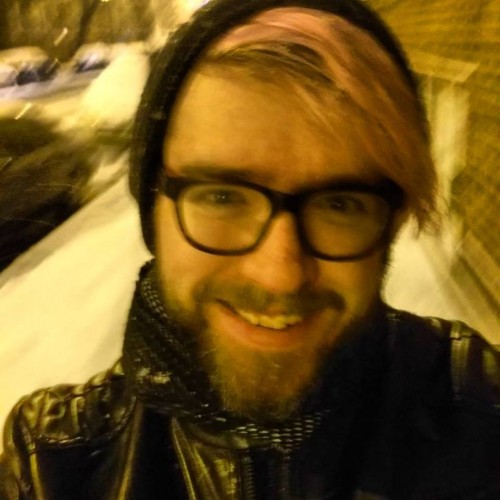 Braving the cold to acquire groceries and enjoy the snowfall while inadequately wearing a scarf (Photo: David Fairbanks)

Despite being a lifelong Illinoisan and familiar with the cold, I only have one pair of shoes that doesn’t play a freezing cold game of Russian roulette with the puddles dotting the pavement in the winter. You would think I would learn to wear those dependable boots December through March, yet we’re already finishing up January and they still live in my closet.

Other essentials, like gloves, a proper hat, a windproof coat, and a thick scarf get left by the door as often as they are worn. I tell myself that there’s something invigorating about the cold, the wind, and the snow, but maybe it’s just rationalizing how awful I am at self-preservation? Either way, if you’re coming to Columbia, be sure to have those essentials with you. 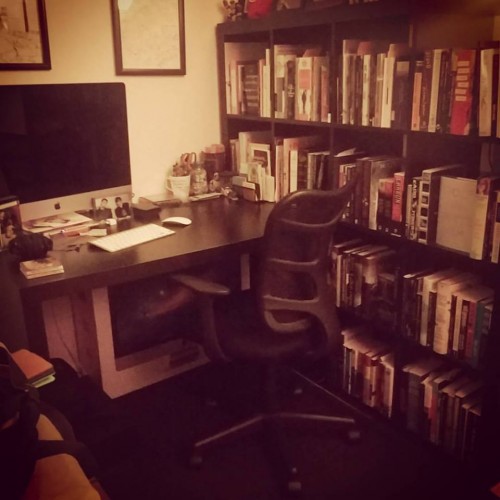 Organizing your books and desk will make you feel incredibly accomplished for just moving some things around (Photo: David Fairbanks)

Me? I’ll stay warm by staying inside, reading things that aren’t poetry (and sometimes things that are), assembling pots of chili in a slow cooker, and rearranging my apartment / organizing my bookshelf / purging the media I have decided I can afford to live without. And when cabin fever starts to set in, I just make plans to meet up with another of my writer friends for that hot, muse-like nectar at the nearest coffee shop.