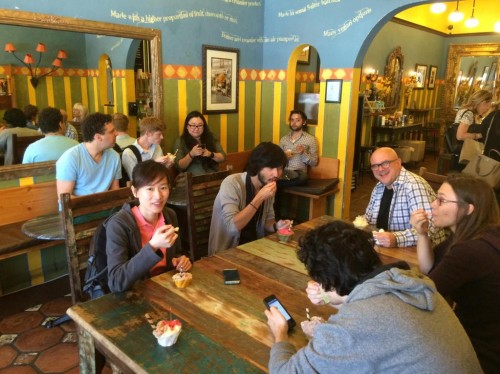 Class of 2015 discovering the best gelato in LA.

The semester in LA is quickly passing by with three weeks behind us. Every morning we meet as a group at Raleigh Studios for roughly two hours of class. Visiting composers and creative professionals stop by to give advice, discuss their projects, and expand our knowledge of the scoring world. Our amazing guest lecturers during the summer semester so far have included:

A few ideas that were brought up time and again during these classes:

– You are more likely to get hired on a film or as an assistant if a you have your resume “walked in.” Try to find how you are connected to the person looking to hire, and ask for a recommendation.

– Say yes to a lot of opportunities, but make sure you can actually deliver.

– When looking for work, focus on your strengths. If you are a great orchestrator but lacking technical skills, don’t look for an assistantship that is tech based.

-Create a 5 year, and 10 year plan. Obviously right out of school getting immediate income is necessary. Always keep in mind the future goals. How is the current situation aiming you towards those? 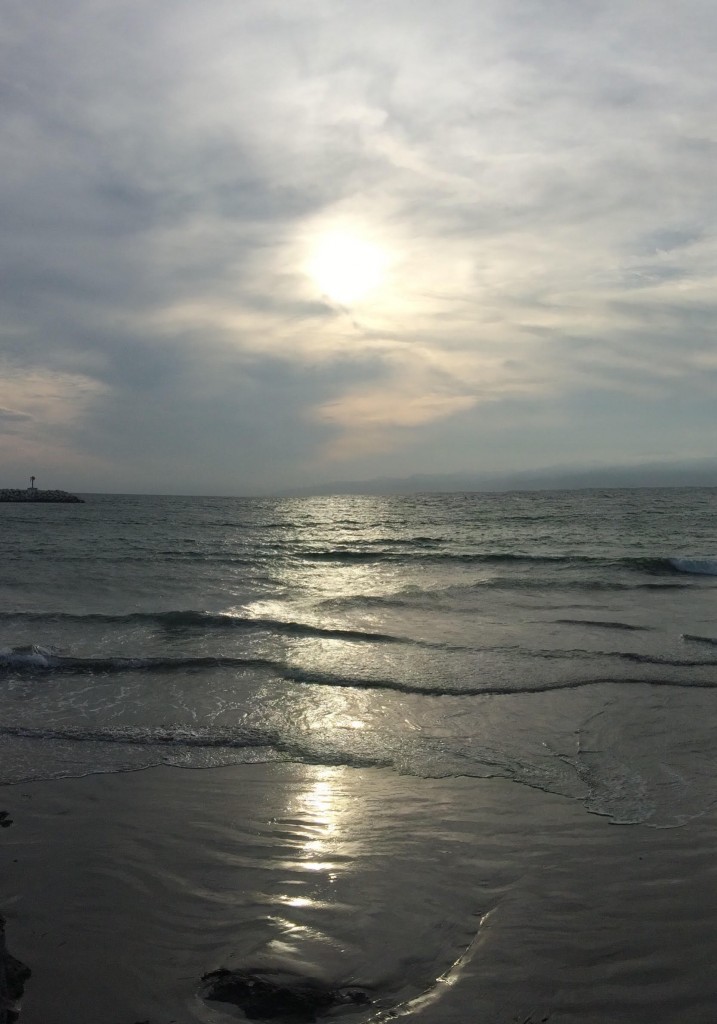 Taking a walk after the internship.

During the early afternoons, we drive from class at Hollywood’s Raleigh Studio to our internships spread across the city. My internship host is Jeff Rona, vastly experienced composer of film, video games, and TV. The hours at the internship range from 5-7 hours a day, usually Monday through Friday. Over the last three weeks I have helped with preparation for a live concert featuring cello and Jeff on electronics, “cutdowns” (shortening a piece to fit a 30 second spot), some orchestrating and arranging, and a bit of help on Orbit, Wide Blue Sound’s first Kontakt instrument.

In other news, Sense8 was just released on Netflix! During the Spring semester me and fellow MFA Composition for the Screen classmate Ed Barton interned with the music editor for the series, Ethan Stoller. Over the course of the February, March, and April, we assisted with cue sheets, took notes in spotting sessions, and observed the dub stage mixes. It was very inspiring to be around such a great group of creative people including directors, editors, sound designers, visual effects artists, and of course the music editor.