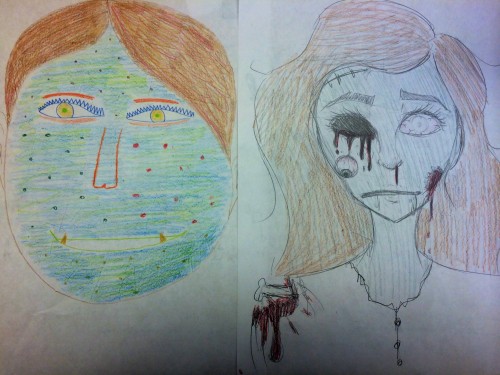 None of my students are inherently evil. None of them are “bad” kids, though a lot of them feel like they are always being unfairly judged—and they aren’t completely wrong about that. Some of them really know how to earn in-school suspensions and other disciplinary actions, but within reason I will not be the one to dig them into a deeper hole. There are a few, even though they are failing, that I am just glad are at least still coming to school. Some of them don’t have lunch until eighth period and are hungry by third so I feed them snacks out of my lunch. I tell them to take advantage of school while it is still there for them, because whether or not they choose the believe it, they have at least a few teachers who are looking out for them. Years ago someone told me that I have too much potential to teach at the primary or secondary level—we are not friends anymore. Six weeks into student teaching and I still do not believe that I will ever feel limited by the profession.

I’ve been getting to school at around 7:00 to open up the classroom and set up for the day’s lesson, and staying until around 5:00 or 5:30 to organize and grade. Every day is different and every hour presents different challenges. All five of my classes have at least thirty students. They keeping on getting dropped in as they’ve failed other classes, as though art curriculums aren’t sequential and they can fair without the foundation of everything covered over the first semester. What has come to concern me the most in my time with them is that so many have been made to believe that everything they need to know is limited to a rigid master plan of ACT scores and promises of what they need to be prepared for jobs. They are being set up for an immediate future, but in my opinion aren’t being given enough opportunities to develop long-term skills. More than a few don’t seem to see the value of art class. I let them get into debates with me. I want to hear what they have to say, and most of them aren’t very good at building a supporting argument. I want them to be able to define their actual opinions, not ones that have been made for them. My closing argument has been that whether or not they are interested in being in art class, no student has the right to disrupt the learning process for those who do want to be there.

I had them watch that TED Talk on how schools kill creativity. Then I told them to turn over their worksheets and draw pictures of themselves as monsters. They maybe thought I was crazy. I’ve had them look at an image of Lisa Frank unicorns while listening to Radiohead’s “How To Disappear Completely” so we could identify dissonance in trying to translate mood between music and art. We read about synesthesia and I asked them to paint what they heard as I flipped between Wagner, Glass, and the theme from a Pokemon game. 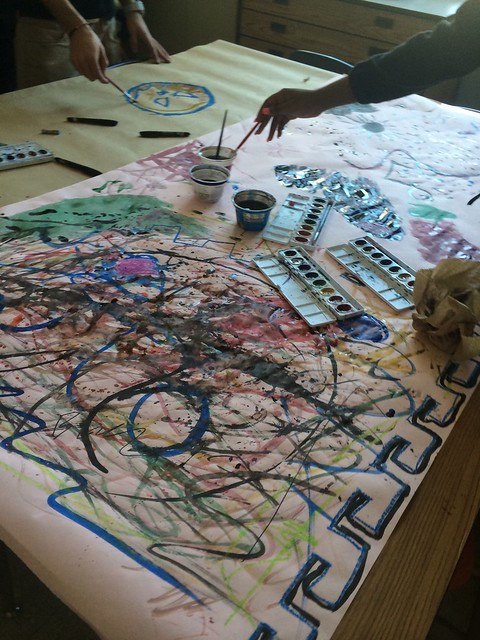 I give them vocab sheets and make them write reflective essays and I come home with hundreds of papers to grade, but only 25% of the school’s students are considered to be college ready, so I’ll make room in the art room for reading and writing. 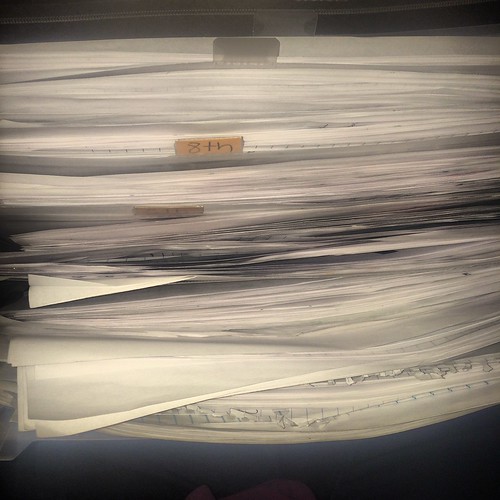 I had been thinking a lot about what high school students should get out of Art 1 if it is the last art class they ever take, which for most of them it is. Back in November I came in and taught a lesson on a piece called Chiaroscuro by Sougwen Chung from which we developed a five-week unit. My cooperating teacher, Mr. Black, is connected with the organizers of the annual Tickled Pink event for women battling breast and ovarian cancer. Last year a select group of students created a large mural for the event. This year we involved everyone, and made twenty-five three to eight-foot pieces that we suspended from sky lights and had professionally lit. A group of ten dedicated students showed up for a field trip to install the work in the event space on a day when school was closed due to extreme cold. 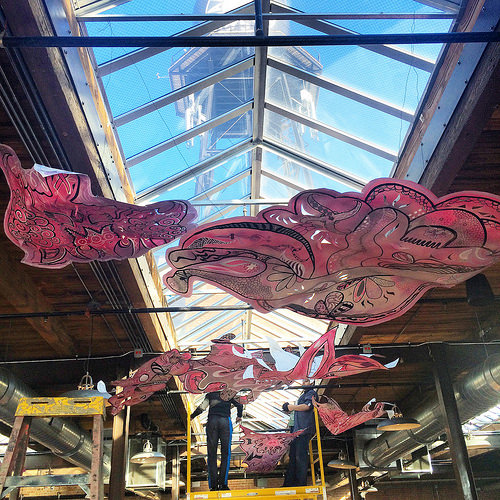 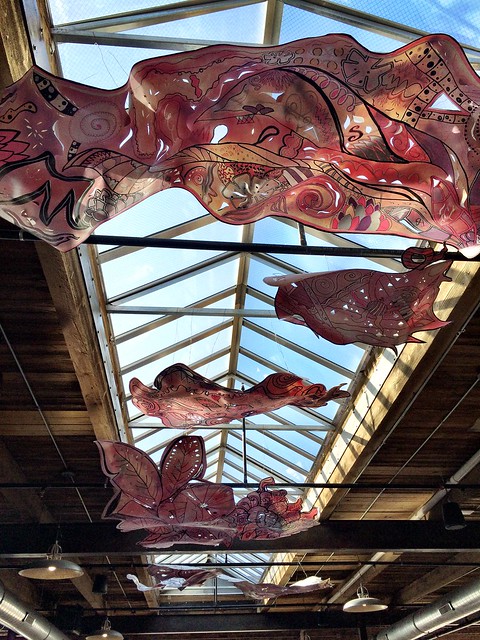 It’s not the kind of project Art 1 students normally do. It was beautiful and it is theirs. 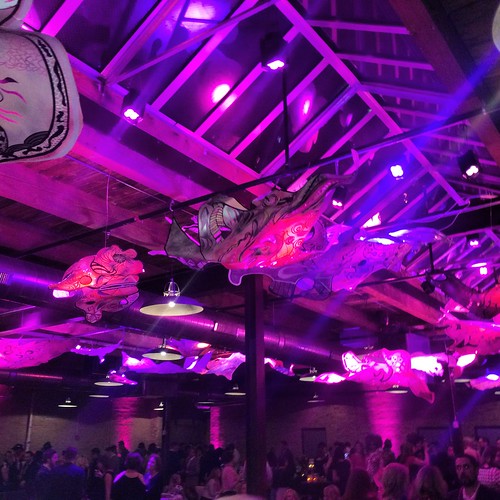 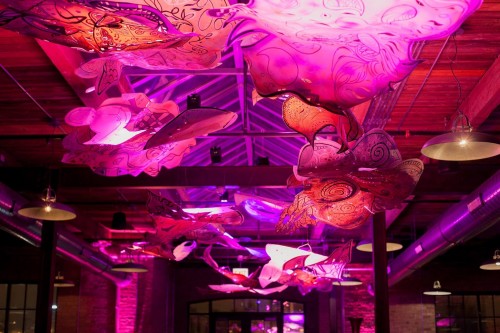