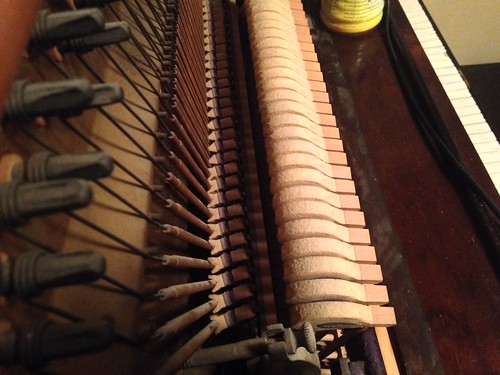 Following last year’s winter project of sampling an NES, this year I thought I would sample my home piano back in Montana. There are thousands of pianos sampled, some of my favorites are Spitfire’s felt piano and even Logic’s Steinway. Why would I need another set of piano samples? The air of the room, and the unique quality of an older, slightly beat up piano make this a lot different than the other samples I use. In addition, the slightly out of tune notes actually add a real world quality to the instrument.

How I sampled it

I was glad I brought my new Shure KSM32 back to Montana, as this was a great mic to get some detailed samples. I first needed to find a mic stand, and since I didn’t have one laying around, I got creative and made one out of a bottle of juice, which was actually a great mic stand! I decided to go with two mic positions, one close (less than a foot away from the piano string), and one far mic (about 12 feet away). I recorded each mic position in different takes, partly because I had only one microphone, but also because I wanted the performance of the close position takes to be more delicate. I started recording the far piano first, aiming for four layers of velocity. One ultra quite, two medium, and one loud. For the close mic, I played much more delicately and also had four layers of velocity. In total I had 88 notes with 8 velocities each, a total of 704 individual samples. 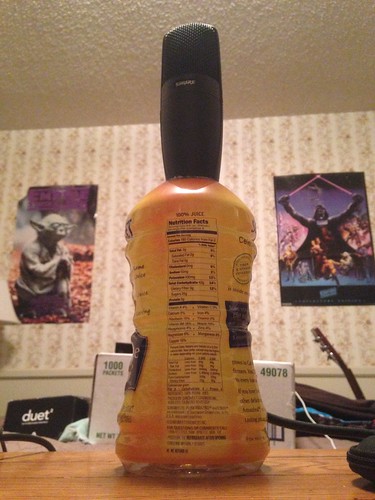 The next thing to do was slice each sample. I took my very long files into ProTools and used the Beat Detective to “separate audio by transient”. This speeds up the process, but I still double checked that each sample started and ended correctly and without a click. Renaming each clip in order, then exporting, reassured my samples were in the correct order from low to high (note number and velocity). 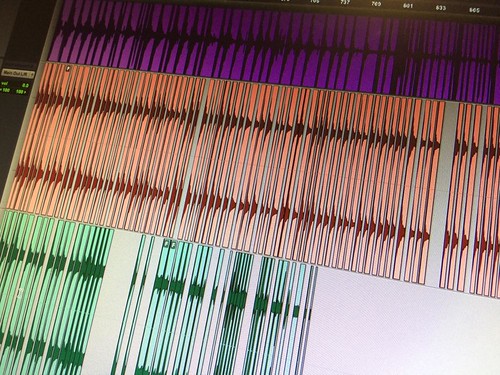 Bringing into Kontakt 5 is as easy as dragging all 88 keys of the same velocity into the program. Doing this for each of the four samples instantly creates a playable piano, with the sustain pedal automatically set up to hold the sample until released. I created a group for each set of samples, one for the close and one for the far. The last step was creating the background image for the interface, and the two knobs. Since I have two microphone positions, I created one knob for each. This way you can layer the far and close mics together to get a great clarity and ambiance at the same time. If you are interested in how to achieve this with Kontakt scripting, this is a good resource.

I encourage everyone to try and make a custom instrument, either in Kontakt or Logic’s ESX24. This will grow your mic technique, you will have a one-of-a-kind instrument, and this is a very useful skill to have. Many working composers love to create custom instruments, and who knows, they might need your help in the future! Take a listen to a familiar tune using my custom made sample “Home Piano”.