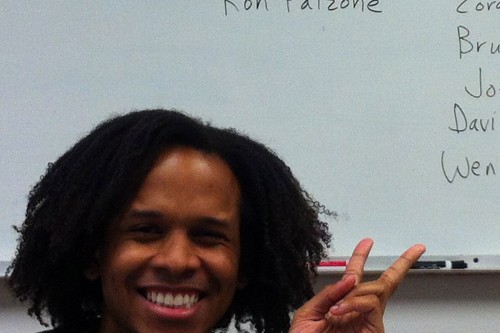 In this blog I’m spotlighting Cinema Directing, MFA candidate Robert-Carnilius. I’ve had the pleasure of working with Rob since we started at Columbia. I have repeatedly stated that your peers are your greatest allies, your strongest critics, and your most influential teachers.

As one of Rob’s classmates, I have firsthand knowledge of his work. I decided to focus on Rob for our student spotlight not only because he’s a talented artist but because his film “Stay Positive,” is having a successful festival run (and he was recently named one of NewCity’s Film 50). As graduate film students one of the most realistic goals is to get our work into festivals. 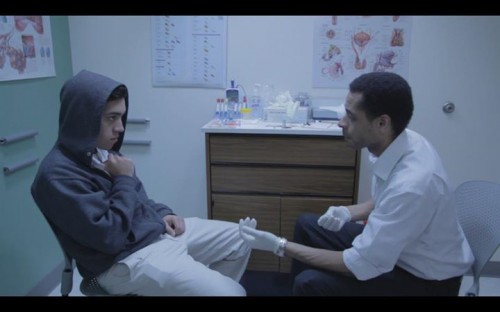 Rob is a self described military brat and has called more places home than I can count on one hand. He most recently hails from Maryland. I recently sat down with Rob to discuss his take on the festival process. His short film, “Stay Positive” is about a Latino teen that takes an HIV test on the insistence of his grandmother. The story is inspired by Rob’s own testing experience. The piece debuted at Provincetown festival. Since then it has made solid inroads on the circuit especially among LGBT themed festivals. I pressed Rob for highlights of his festival experience he noted that after a Question and Answer session at a festival in San Francisco he was recognized on the street by one of attendees.

Rob did leave a piece of advice to pass on to fellow filmmakers. He said make the project personal and do your festival research. It is sound advice. Artists have to believe what they are saying. Therefore truth begets truth.

Currently Rob is working on his thesis project. It is a story about a transgendered teen with superpowers. He is also in post-production on his film “Colored” which is about racism and segregation in the LGBT community. I’m looking forward to seeing how his next projects turnout.

If you want to find out more information about Rob you can follow him through the following media outlets:

You can find my interview with Rob below: