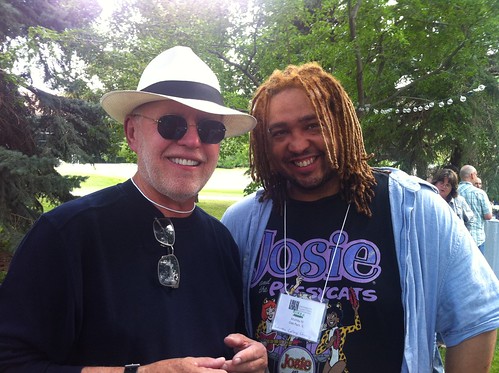 It goes by fast doesn’t it? My time at CCC is almost at an end and so is my tenure as a Graduate Ambassador. In fact this is my last blog. It hurts to even write that.

A few years ago I decided to take a huge risk and step into the unknown. I traveled thousands of miles to start a new life here at Columbia College Chicago. It was nerve racking. There was no sense of giddy anticipation like going away to summer camp or the promise of independence when I went away to undergrad. I was more like, “WTF am I doing? I’m an adult. Do I really need to go back to school to learn what I can pick up from text books and DVD extras rather than spending big bucks on grad school?” That was me then, and maybe that is you now. Well, I can honestly say, despite all the sleepless nights, I’m so glad I did this. I’ve learned so much about myself as an artist and a technician and have been given exciting opportunities that I could not have experienced if I didn’t come to Columbia College Chicago. 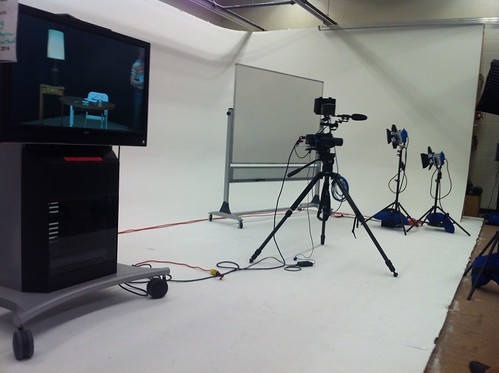 I want to talk about my last adventure. From August 5th to August 10th I attended the UFVA (University Film & Video Association) 2014 conference in Bozeman, MT.  UFVA is an international organization of film makers and film scholars. Four graduate students from Columbia were selected to represent the school at the conference. 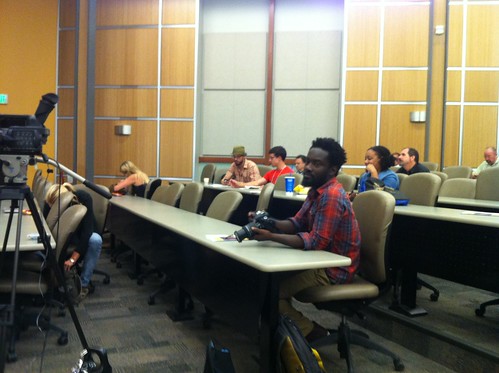 The selected students included me, Bubba Murray, also Cooper Justus, Kellee Terrell, and Felix Yeboah. The event was filled with workshops, panel discussions and screenings. In doing this I picked up a lot of new skills and also new appreciation for different types of films and filmmakers.

While there I screened the documentary, “Talk Derby to Me,” gave a critical response to two documentaries and moderated a screening and Q&A. It was inspiring to be exposed to a wide range of artists, visual mediums and see what people were creating. From documentary, to experimental, and workshops, this was eye-opening.  We met a lot of different people.

The program opened with a keynote conversation with famed producer Christine Vacho (Boys Don’t Cry) and gave insight to her career and take on the industry. After that I focused on attending panels and workshops. Over the week I learned about storytelling outside of the box, crafting multi dimensional sitcom characters, video mapping, and utilizing sensory games. Good times. 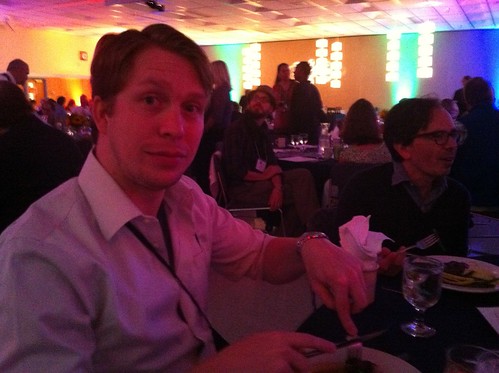 Aside from handing out business cards I spoke with other filmmakers including producer Tom Kane (Taxi Driver) and made new friends. In fact, the conference seemed to be a getaway for many of the attendees. This was a chance for them to reacquaint themselves with each other and swap stories.

My take-away from the conference was that you need to know your craft, know the people, and maintain a positive attitude. It’s a tough industry. Staying in a negative place will only hamper you as an educator and an artist.

That was my time in Bozeman and this will be my last official blog as your Cinema Arts + Science Gradate Ambassador. It’s been a wonderful ride to see how both the film department and the Ambassador program have evolved in this short time. The highlight of this job has been meeting new classmates and knowing that I’ve helped with the decision and transition of attending graduate school. Hopefully I won’t be forgotten. I will be around focusing on my thesis and you can follow my progress on twitter @Bubba4th. It’s been a great ride and thank you for going along with me.