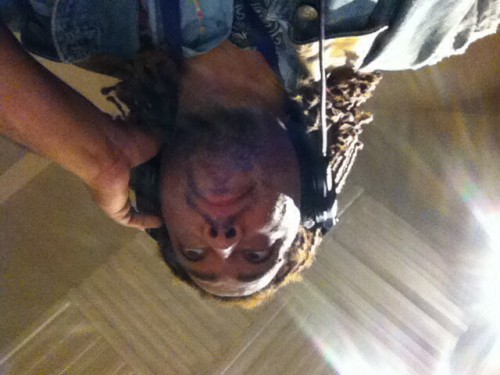 I love working on projects with people from Columbia College Chicago. Mainly because after this week I can scratch off one more “to do” thingy from the bucket list. I just finished doing voice over for Kentucky Fried High, an animated web series I’m writing for. Yes people, I’m a cartoon!

Helping out as cast or crew is also a great way to learn about directing. Going through this process gave me insights on directing for animation. I didn’t realize the types of professional recording studios that were around town if you don’t have access to school facilities. It’s nice to know you can do it on your own when you have to, or once you graduate. We recorded at a place called Noisefloor Sound Solutions which was right off the Brown Line. 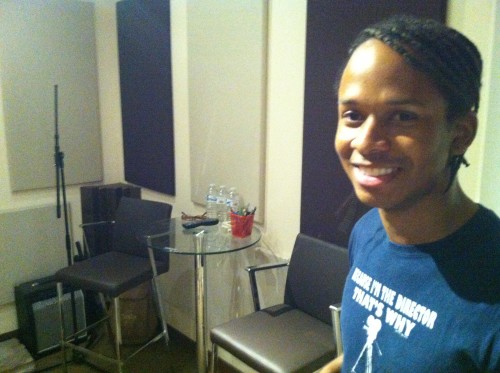 When the day started I met a few other cast members and the audio crew. After we got situated our director took us through a few warm ups and character work. At long last we got behind the microphone. My scenes were with the lovely ladies of KFH. There is something very liberating about voice acting. You don’t feel held back by the constraints of realities of the real world. We are make-believe. If your character is eight feet tall, you play it that way. If the character is the size of a pea, you make him or her sound teeny tiny. 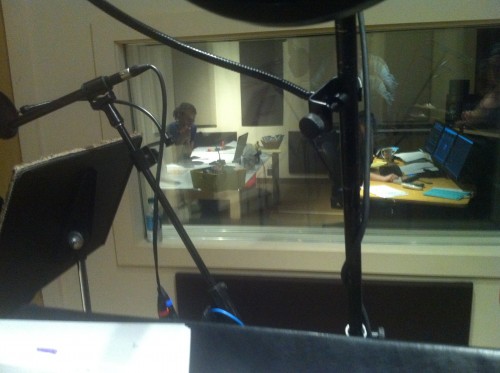 I warmed up the voice, stuck my face in the mic, and killed it! Good times, my friends, good times. I was cast as a very dark character. I can’t tell you too much more than that because I don’t want to give away any secrets.

Anyway, I had a great time adding my voice to the project. So keep your eyes peeled for a show called Kentucky Fried High. And, like I said, I play the disturbingly dark character and I think you guys will get a kick out of it.