Trying to Capture the Eiffel Tower with the Panoramic App

So, summer school ended and on July 4th, I left for a vacation in Europe. Yes, not very American to skip 4th of July celebrations, but it was so much cheaper and it’s very American to be a capitalist. Plus, O’Hare was pretty empty so the lines went really fast! I was not really able to take a vacation last summer because, as a student in the MAT program, there are full time classes in the summer during the evenings, so it was time to get some culture, art, language and new experiences in Europe. Inside the Musee D’Orsay

My old roommate in Chicago is French and he currently lives in Paris with his girlfriend, so I scored free room and board there. In the city, I was able to return to some favorite spots of mine including the Eiffel Tower, the Musee d’Orsay and the Arc De Triomphe. We also took a free walking tour. They’re great because they literally are free, they’re about 90 minutes long, and at the end you are welcome to tip whatever you like based upon your satisfaction with tour. 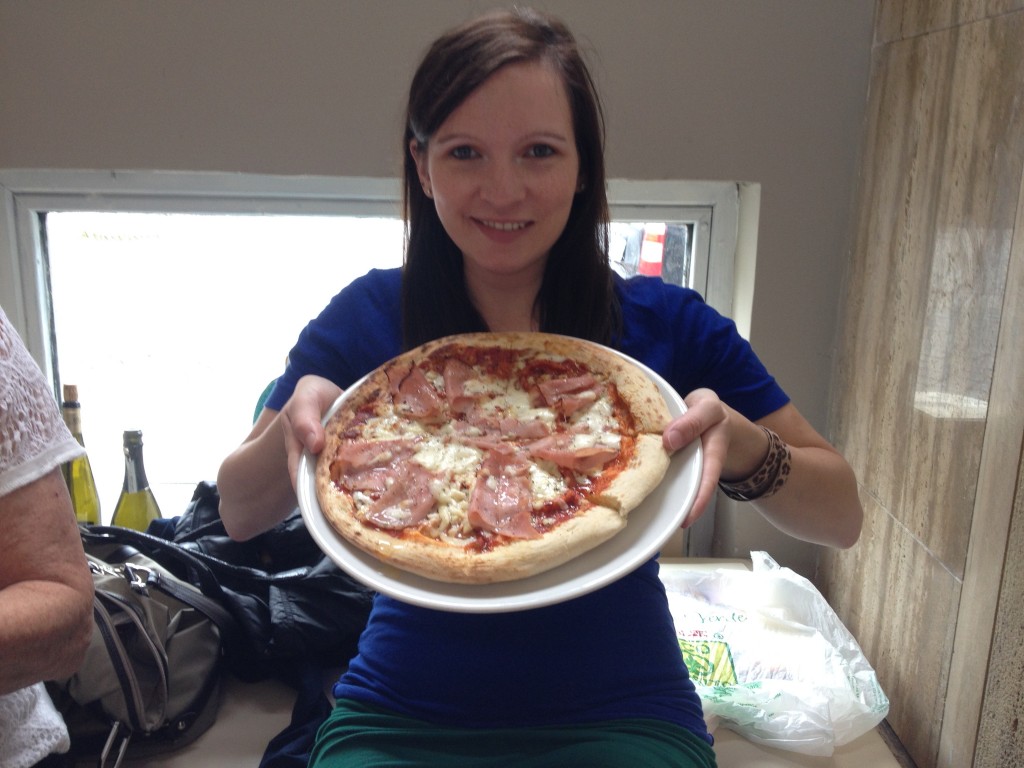 Now, I have met up with my aunt and my cousin, and we are touring Rome. The weather is perfect, and we’re trying to keep a healthy balance of doing some hard core touring, but taking breaks for pizza, cappuccinos, and gelato along the way. Yesterday, on Sunday, we returned to St. Peter’s Square at noon to see the Pope open his window in the Vatican Apartments and give a blessing over the crowd. It was moving to see so many people from all of the world convening in one spot and being happy. Only bummer this year is that the Trevi Fountain is under renovation, but I still threw in my coins for good luck. Yes, that little speck in this photo is the Pope

My favorite part about visiting new places and traveling internationally is to experience how other people live. I get sucked into people watching and could do it for hours. I love going somewhere new, and having to figure things out on my own. How to buy bus passes, how to greet people, how to translate information from one language to another is all part of the experience. It feels like I’m in a real-life video game and I have to keep playing along, searching for things and talking with characters, just like in the Legend of Zelda. Some Signs Aren’t Hard to Understand