At MoCP with Victoria Sambunaris

Last year, it was announced that our coveted lecture series would be cut. Well, I am happy to announce that, although not in exactly the same state it was in previously, it is back. And our first artist for the semester is Victoria Sambunaris.

Now, usually what we do when we have a visiting artist is have them come in and give a lecture on a Thursday evening. It is an unspoken rule that all of the graduate students should be in attendance. Then on Friday, the artist comes into our graduate seminar and does a guest critique of the work of several of the students. Unfortunately, Victoria’s engagement with our class was a bit last minute, so the guest critique was not possible, but the lecture was. 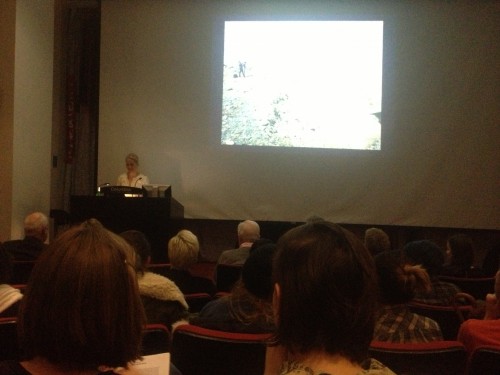 On Thursday evening, she gave a 45-minute lecture on the work she has been making over the past 13 years. This occurred in the middle of the opening of her solo show at the MoCP, which is a little strange. It was a little bit of a departure for m, because she does not shoot people. In my two-year experience here at Columbia with the various artists they bring in, this is the first pure landscape photographer, so that was a bit of a change. The lecture was quite interesting, although I don’t know if I see as much in the images as she said there was. 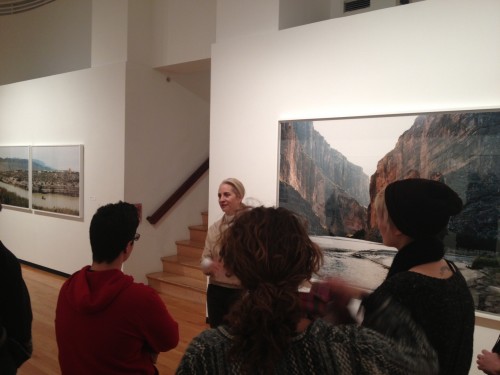 On Friday, because we were unable to arrange the guest critiques, we instead met Victoria at the Museum, and she continued to talk to us. This time it was more of a Q&A session detailing how she got her start in the art world and where it has taken her. There were also a number of stories about her graduate school experience.

We have two more people lined up for this semester. The other two will be coming in to do critiques of work. And, while this particular visiting artist was not the norm, it is nice to have the lecture series back and running, in some form.