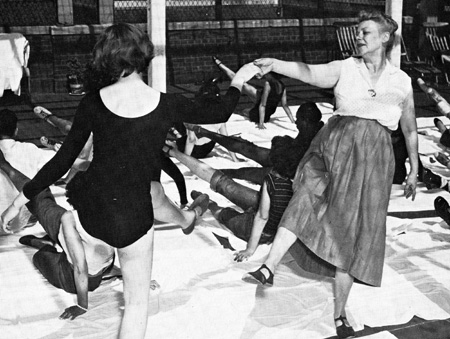 I realize that at this point in my blogging some of you may be wondering just what exactly Dance/Movement Therapy (DMT) is.  This is a question that I get more often than not, and while I would like to give a solid answer, I feel conflicted .  This is for a couple of reasons.  For one, the dance/movement therapy world is a burgeoning field, and as a result, it is constantly evolving.  Secondly, as a first year student, I am beginning to find that most of my preconceptions of DMT are changing and expanding the more that I learn. (For now I would recommend going to the American Dance Therapy Association (ADTA) website for a definition.)

What does remain constant and, for that matter, what makes dance movement therapy possible, is that dance and movement are ways in which we, as a human race, communicate.  Yes, many of us use audible language to communicate, but in some shape or form, we also use movement to communicate, whether we realize this or not, which is really cool.  If you think about it, there are many actions that we as humans do that communicate something.  For example, simply shaking your head up and down means “yes”, while moving your head from left to right means the complete opposite.  In fact, when Marian Chace (one of the pioneers of dance movement therapy) first started out, the field was referred to as “dance for communication”.  Also, Martha Graham (a pioneer of modern dance) referred to dance as “…the hidden language of the soul”.

For many, movement is one of the most important forms of communication.  Many of those who are hearing or speech impaired depend on movement to express themselves through different forms of sign language such as American Sign Language (ASL).  This first video is a flash mob using ASL.  It was done by Deaf and Hard of Hearing Service Center, Inc. (DHHSC) in order to help raise awareness during International Deaf Awareness Week, which will occur September 24-30 this year. 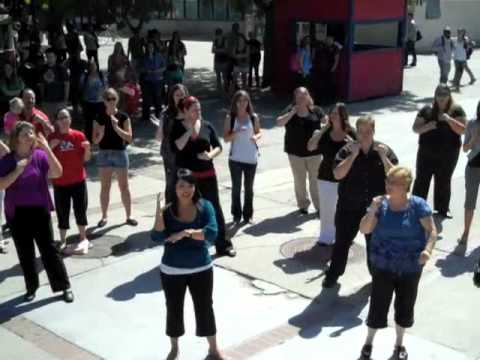 This is a video of a flash mob done by the organization Children of Deaf Adults (CODAS) which embodied the usage of a number of different forms of sign language.  American Sign Language (ASL), Australian Sign Language (Auslan), German Sign Language (GDS) (Deutsche Gebaerdensprache), and International Sign Language (IS) were all used in collaboration with dance during this performance. 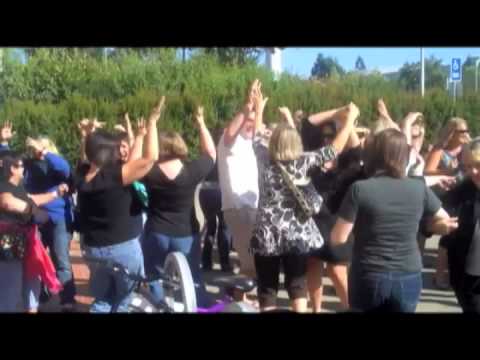 This last video is a clip from Voices of Strength: Two Programs of Contemporary Dance and Theatre by Women from Africa. Through the use of dance and theatre techniques, the choreographers refer to personal obstacles as well as political and social themes to express women’s struggle toward empowerment.  One piece in particular is entitled Correspondances.  The piece is a duet that has been described as a conversation, which explores the topics of gender, race, and culture.  Correspondances, among other pieces, will be preformed at The Dance Center of Columbia College Chicago from September 13-15.  I myself am excited to attend this unique event!  For more information on the performance, tickets, and times click here.

So while I do not have a concrete definition for Dance/Movement Therapy, I have found that movement and dance are strong modes in which we can communicate with one another. Sometimes, a gesture or movement phrase can illicit a certain emotion or contain a literal meaning.  Either way, dance and movement can be a powerful vehicle by which to receive or release an emotion or message.