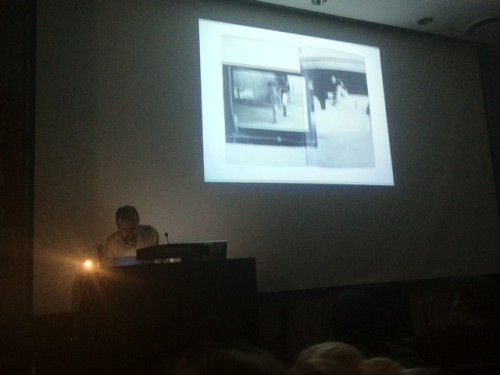 As I have mentioned before, we here at Columbia are very lucky to have our visiting artist lecture series. Dawoud Bey, one of the faculty here, is the head of the program and usually has some pretty interesting guests come in. Last Thursday, Ari Marcopoulos came to speak about his work. On Thursday night he gave a lecture. He talked about both his work and the publishing that he has been doing over the past twenty-some years. He was really quite comical and I enjoyed seeing the work and listening to him talk. (The other thing that is nice is that artists come in that I wouldn’t always find on my own because their work is outside of my general interest) He recently published a book of work (only one of many he has published) Directory. He talked about meeting with the publisher, who told him they wanted to do something like a monograph, cloth bound and beautifully printed. However, Ari said that wasn’t his style. Instead, he suggested something different. He said he always had an interest in the phone book, and suggested that his images over the past three years (which there were a lot of) be published in telephone directory format. Again, this was somewhat comical to me. However, I have become really interested in photo books and the way they work in the world. I have developed a distaste for traditional photo books and seeing Ari’s Directory was a breath of fresh air in it’s unexpectedness. The book is 1200 pages and contains 1185 images and very little text. The other interesting thing Ari mentioned about his book is that it is not meant to be looked at one page at a time, but rather flipped through, with viewers finding small places to pause and look at images. 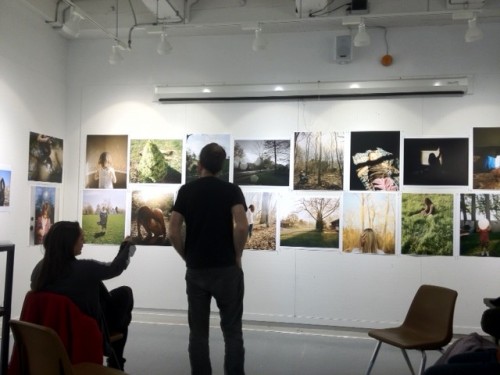 On Friday, Ari came to seminar (just like all the visiting artists do) to look at and critique work. We spent the morning with him looking at work. He headed out at lunch, and Kelli and Paul (our faculty for graduate seminar) brought in John Opera, a Columbia adjunct and artist in Chicago to look at work from the other students that didn’t get to show to Ari. It ended up being a long but fruitful day.