There is no lack of murals to be seen while walking around campus.  One of the most well known campus murals quietly sits on 916 S. Wabash. If you’ve ever walked by 916, then you have probably seen Shepard Fairey’s massive Obey Audio mural titled “We Own the Future”.  Standing at over 40 feet tall, the mural was painted on the north face of the building and omnisciently looks down Wabash.  Shepard Fairey and his team painted the mural in the summer of 2014 in conjunction with Art Alliance and Lollapalooza.
Fairey was born and raised in South Carolina and graduated from Rhode Island School of Design with a degree in Illustration.  His interest in skate culture, art, and screen printing developed over many years towards his international and global fame today.  One of the most recognized street artist around, Shepard also created the Obama Hope image that was widely used during the 2008 presidential campaign.  Fairey’s other iconic works range from the Andre the Giant Obey image, to Nelson Mandela, to Johnny Cash.  Most of his work conveys an ironic tongue in cheek feeling. Shepard uses stark and contrasting images to convey a sense of propaganda, only for the message to relay exactly the opposite, individual freedom and human rights.
The next time you walk down Wabash be sure to take a moment to look at this street art masterpiece.  The mural looks as vibrant and crisp as the first day it was completed. For more of Shepard’s works feel free to visit his website at…..
https://obeygiant.com/ 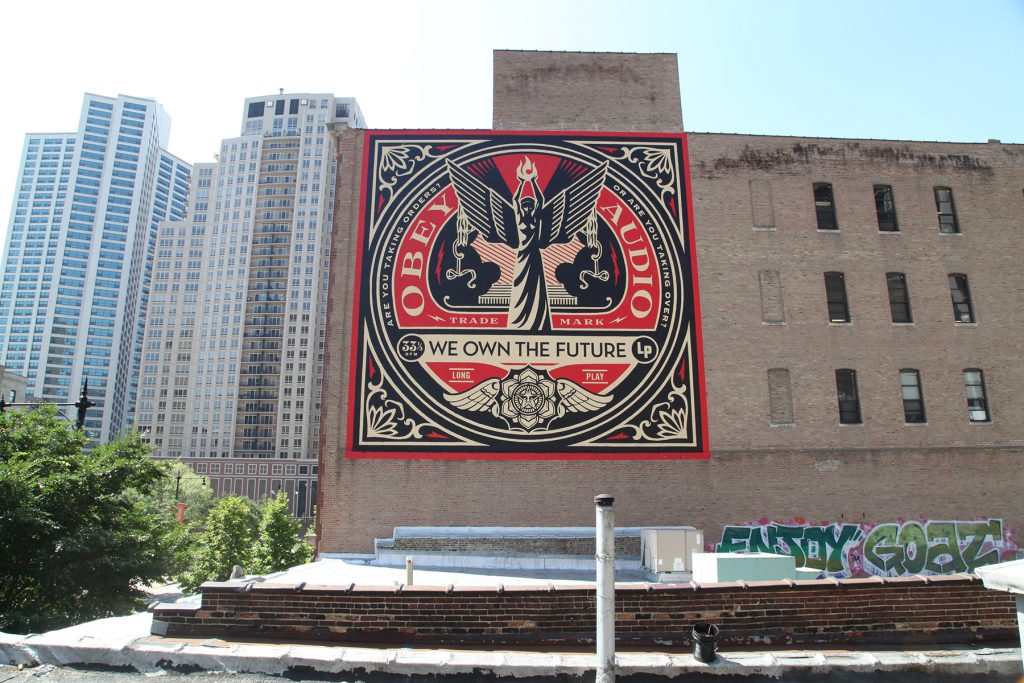