Ethan Warren is the Director and writer of the indie film West of Her.  Winner of four film festivals for best narrative feature, West of Her has been making the rounds on the film festival circuit and is now available to rent or buy at all major digital retailers.  Find out what obstacles were faced in making a feature film, thoughts about guerrilla filmmaking, and advice Ethan has for others making or writing films.

What awards has the film won?

What can you tell us about the road trip you and your crew took to make the movie?

During the three weeks of principal photography, our crew of eleven drove more than 3,000 miles across ten states—starting in Chicago, we drove across the great plains to the rocky mountains, down across the southwest, and then back east through Texas to finish in Tennessee. Almost every day entailed both driving and filming, and we were virtually on top of each other—rooming together, eating together, doing just about everything together—so it was an emotional roller coaster at times, but that process just brought us all closer together and the camaraderie and high spirits really show through on screen. Some films are completely controlled and free of surprises, but we faced surprises—good and bad, funny and scary—every day, and that spontaneity is a big part of what makes the film as unique as it is.

How did you come up with the story and the idea to shoot at all the different locations?

The story was inspired by an article I saw about the Toynbee tiles, a real unexplained phenomenon that’s been going on for decades. An element that really excited me was this idea that these tiles have been occurring all over the country with no apparent explanation. Thinking of this inexplicable event happening in so many distinct locations felt really cinematic to me, so it felt like a great opportunity to create a story that would take the viewer on this epic adventure across the country.

How did you go about finding talent to fill the roles of the film–both on screen and off?

I cast the film through Backstage; I put up ads for the lead roles in New York and LA—that seemed like the best way to get a good density of talented young people. For smaller roles, I either cast in the cities we’d be shooting in (we found two Arizona actors via Craigslist to do one key scene, and a young actor in Tennessee through a child casting agency), or in one case we flew a performer in (one actress was a runner-up for Jane, and I liked her so much that I offered to bring her down to Tennessee for a major role at the end). Any other small walk-on parts were filled by crew members—I’m in there with a couple lines, along with our production assistant Devin, producer Dave, costume/make-up artist Hillary, and assistant director Mario. For crew, we either called in personal connections (most of the camera crew came from cinematographer Cameron’s network of collaborators) or ads on the crew database Mandy.

What was the biggest unforeseen obstacle in making the film?

I wasn’t prepared for how difficult it would be to garner interest in the project during preproduction. It’s understandable—I’d never made a film before, so I didn’t have anything to show for myself to prove my ability, nor any professional connections to rely on. When you don’t have any proof of concept, there’s not much for people to engage with and get excited about. All I had was the script and my passion for the project; luckily, I was able to convey that excitement to enough cast and crew members to earn their faith. When we talked to bigger producers, financiers, etc., we found that a script and that passion just wasn’t quite enough to offer. But fortunately, the project didn’t require much outside support, so we were able to proceed and make the film on our own terms anyway.

Writing is a solitary activity. You rarely have to negotiate or communicate with anyone but yourself as you put together your art. But directing is all about interacting, and about developing a solid rapport with every individual you’re working with. So it’s important to strengthen your communication skills, as well as the self-confidence to express yourself clearly and efficiently. This is especially important in working with actors—it can be tricky finding the right way to communicate, since it’s such a vulnerable relationship. You’re asking them to do something pretty raw, and you need to develop a trust. So you need to always be aware of how you communicate your ideas, because if you speak carelessly, you can really rock their confidence and their trust in you.

What advice would you give yourself if you could go back to the initial stages of making the film?

Work and work and work on the script. Be your own worst critic at that early stage. Don’t get so excited by the mere fact of having written a script that you lose the ability to recognize flaws. There’s a term in writing: “kill your darlings.” Sometimes you might love the way a line sounds, but if it’s not serving the story, it’s bogging you down and it has to go. An editor can only do so much when it comes to tightening a baggy scene, so do yourself the favor of really beating that script into shape.

What advice would you give someone making their first film about fundraising? What worked and what didn’t?

Don’t rely on strangers to be interested in your crowdfunding campaign. You’re mostly going to be relying on the kindness of your friends and family, and the friends and family of your collaborators. There’s such a huge number of independent films out there looking for financing that unless you have a really unique, important hook—“I’m finally telling the world-changing story that nobody’s telling/asking the big questions nobody’s asking/etc.”—then breaking through and going viral is tough. For that reason, using IndieGoGo seems like the right choice for a movie. With Kickstarter, if you don’t hit your goal, you get nothing and you’re back to square one. With IndieGoGo, you keep whatever you raise.

What can you tell us about making a film with a small budget?

You need to prioritize what matters, and cut what isn’t essential. Crafting a story that can be told without many frills certainly helps—there are no car chases or shootouts in West of Her, and basically just two characters. We knew that we wanted our whole budget reflected onscreen, so we had almost no creature comforts on the shoot—breakfast and lunch came from the grocery store, not a restaurant; crew members shared motel rooms and took turns sleeping in the RV to save on rooms—which meant we could conserve our budget for a really nice camera and lens package. Thanks to that choice (and how good natured the cast and crew was about not always being comfortable) we have a movie that looks like it costs a lot more than it did.

Did you spend money on something that wasn’t worth it? Was there something you wish you’d given a bigger budget to?

Quite honestly, no. I don’t regret anything we did spend, nor anything we didn’t. And I think a lot of that comes from doing a lot of planning and consideration at the earliest stages. We ran through lots of different scenarios to make sure we knew what we needed and what we didn’t. Then when something did come up—say, the opportunity to patch some issues with CGI in post-production—we were really thoughtful about whether we really did need or want it.

What was the most valuable thing you learned from making this film?

I learned how important collaboration is to me. As I mentioned, writing is such a solitary effort, so through this project I learned how much stronger my work could get with so many other talented people offering their unique insights. And consequently, I learned how to check my ego enough to listen and learn, but I also learned the importance of having a leader to guide all of those different voices in the same direction and create something cohesive.

What advice would you give to aspiring film makers, as well as other film roles? Where should they look for real world experience? And what should they expect when first getting out of school?

I’m a big believer is studying disciplines beyond your own creative scope. In college, I focused on Italian epic poetry, and on psychology, and both of those have ended up being immeasurably helpful in my work. If you only study how to do your one creative pursuit, you can end up without the raw material that makes your work rich. I’d certainly suggest watching a lot of different kinds of movies, too—you can always tell when a filmmaker only watches Tarantino movies. The best movies come from a wide range of influences (including Tarantino’s!) As for when you first get out of school, be prepared to motivate yourself. Nobody’s there kicking your ass anymore, so it’s easy to waste time. If you want to create worthwhile work, you need to work all the time. I wish every day that I’d kicked my own ass more my first few years as a writer, I’d be a much better writer now! Ira Glass has this brilliant quote that I think every creative person should have printed on their ceiling above their bed so they can read it first thing in the morning and last thing before sleep. Here’s an abridged version: “All of us who do creative work get into it because we have good taste. But for the first couple years you make stuff, it’s just not that good. But your taste is still killer. And your taste is why your work disappoints you. We know our work doesn’t have this special thing that we want it to have. And if you are just starting out or you are still in this phase, you gotta know its normal, and the most important thing you can do is do a lot of work. It is only by going through a volume of work that you will close that gap, and your work will be as good as your ambitions. It’s gonna take awhile. It’s normal to take awhile. You’ve just gotta fight your way through.”

How can someone watch the film?

West of Her is available for digital purchase and rental at iTunes, Amazon, Vimeo, and other similar streaming sites. You can also buy a DVD and Blu Ray 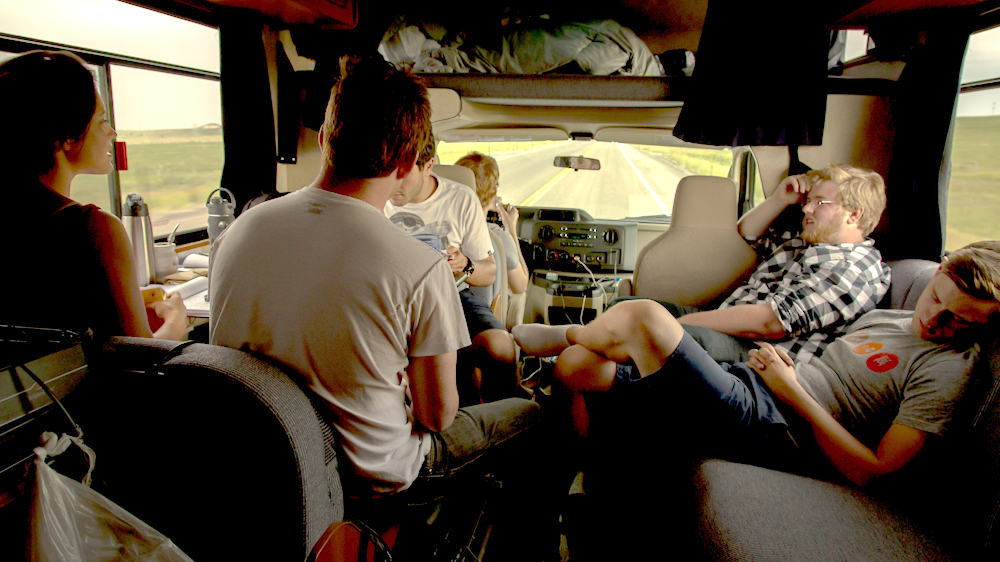 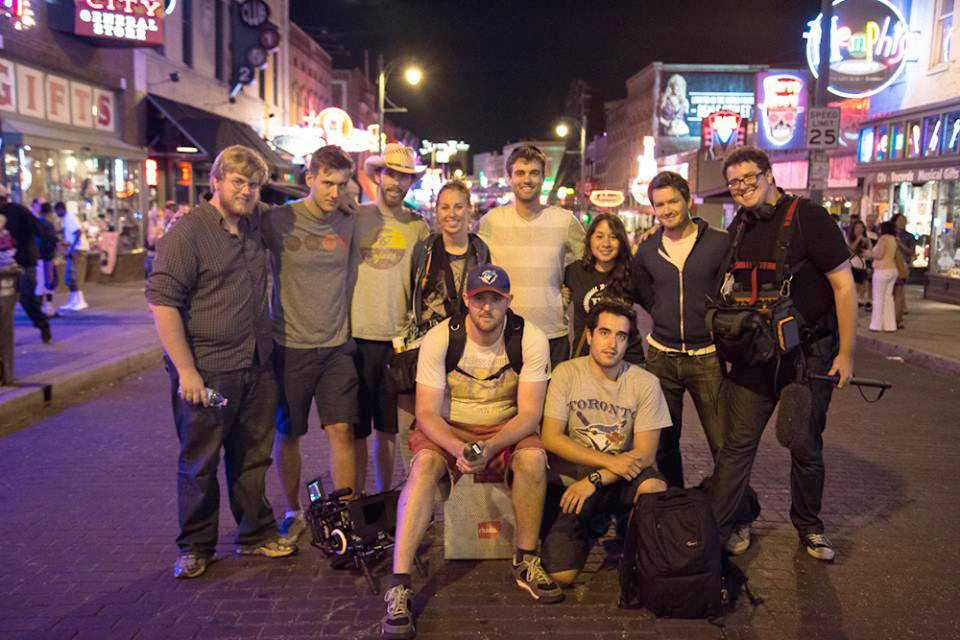 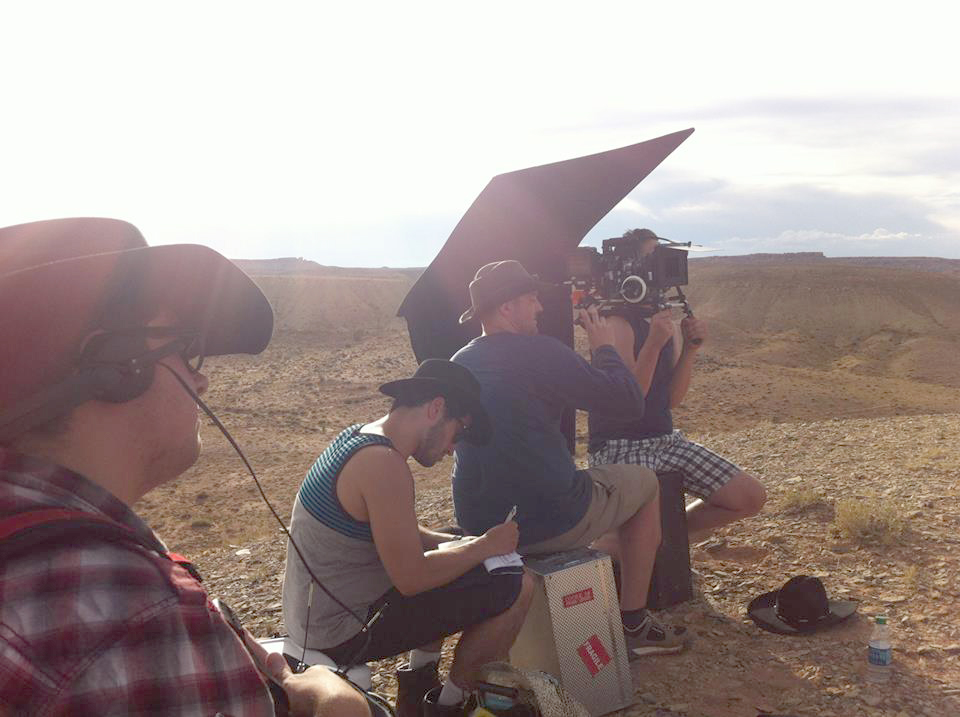