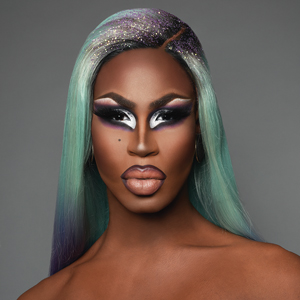 After studying costume design at Columbia, Coulee began performing in gay clubs across Chicago, honing the skills that would land her on Drag Race.

SHEA COULEE ’11 enters the RuPaul’s Drag Race work room in bedazzled sunglasses, a feathered coat, and turquoise platform heels. She turns to the camera with a sneer and delivers a promise for the season: “I didn’t come to play, I came to slay.”

Coulee was a finalist on season nine of RuPaul’s Drag Race, the massively popular reality show that brought drag culture to the mainstream. On Drag Race, queens go head-to-head in makeup, fashion, and performance challenges in the hopes of winning $100,000 and being crowned the next drag superstar. Coulee got her start in Chicago clubs, building on skills she picked up studying costume design at Columbia College Chicago. Before the season aired, she talked to DEMO about Columbia theatre, drag’s evolution, and how the character of Shea Coulee helps her speak her mind.

DEMO: Do you feel like you have an art school advantage over the other Drag Race queens?

COULEE: I feel like having an art school degree really did equip me for being able to navigate the unfamiliar waters that are RuPaul’s Drag Race. Adaptability is really important, especially when you’re going through a competition as rigorous as Drag Race. You have to be able to roll with the punches. That was something that I learned going through the costume department at Columbia, because theatre is live. So many things happen, so many things change. You really have to be able to give your all, and do the best you can under the circumstances for the better of the production. It’s very similar in the case of Drag Race.

Shea Coulee is my muse. Everything that I want to say, artistically, I say it through Shea.

DEMO: What productions stand out from your time at Columbia?

COULEE: My senior year, I was the lead designer on Shakespeare’s The Winter’s Tale. That by far was my favorite project, because I got to stretch my creative wings the most. With Shakespeare being so classic, it was amazing that we got to push more of a modern aesthetic. At the time, Alexander McQueen had just died, and he was a huge inspiration to me. I took a huge page from his book as far as the direction that I took for the costumes for that show.

DEMO: How did you start doing drag?

COULEE: I started doing drag the summer after I graduated [from Columbia]. I had a foot injury and I had to be off my feet, so I started binge-watching RuPaul’s Drag Race. Halfway through season three I was like, “This looks like so much fun. This looks like a combination of all the things I love to do.” Fashion, performance, gender-bending. There were so many cool things about it, so I was like, “Why don’t I just give it a shot?”

DEMO: Drag has evolved so much in the last 10 years, partly thanks to Drag Race. What do you think the future of drag looks like?

COULEE: I think the future of drag looks so bright. The show has taken drag from the underground, from the clubs you have to make an effort to find, and brought it right to your living room. Drag is a much more accessible art form now. I love it so much, and I’m so excited that I get to embark upon this journey where I get to share my drag with other people.

DEMO: In a couple of sentences, how would you describe Shea Coulee?

COULEE: Shea Coulee is an outward ex­pression of a very authentic inward intent, you know? Shea Coulee is my muse. Ev­erything that I want to say, artistically, I say it through Shea. In doing that, Shea has taught me so much about myself. It’s this really amazing continuous study. I’m constantly still learning, still developing my drag. Thinking about how I can take my drag to the next level, and how I challenge myself as an artist. What is going on now in my life, what’s going on politically or artistically in the world that inspires me, and what is it that I want to say? I say it through Shea. 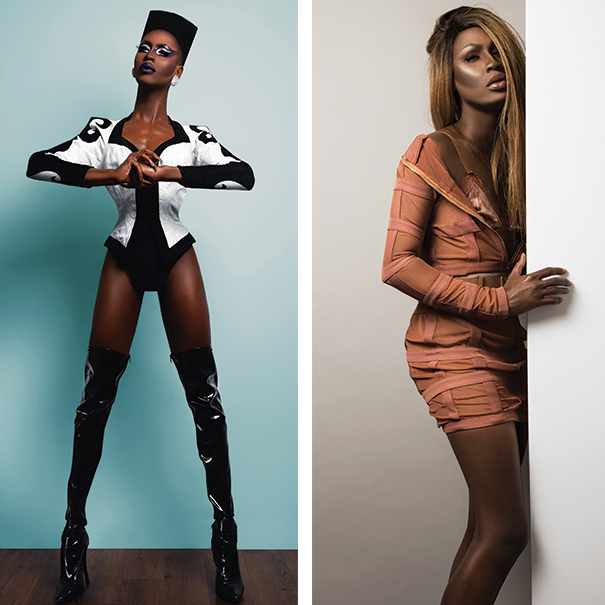 LIP SYNC FOR YOUR LIFE

The episode-ending lip sync com­petition that sends one contestant home each week.

The parting phrase RuPaul uses to wish eliminated queens on their ways.

The act of subtly dissing someone; introduced to mainstream culture in the 1991 drag documentary Paris is Burning.

A RuPaul phrase delivered to the winner of the lip synch.

An exclamation reserved for when someone is doing a particularly fierce job.