Quick glances at alumni projects, victories, updates and even some expert advice. 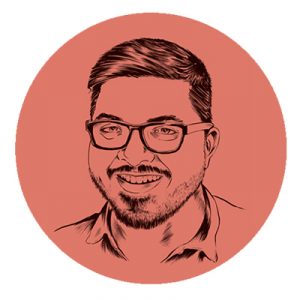 As a food writer for the Chicago Tribune, Joseph Hernandez ’09 knows the city’s food scene high and low. From fine dining to comfort food, Hernandez shares some of his favorite spots across the city.

Gene’s cozy rooftop beer garden is the perfect place to have a great craft beer, eat a bratwurst, and relax with friends.

This new “tavern sexy” spot in Edgewater serves wines from ultra-small producers around the world, and Chef Ryan Henderson dishes up delicious, classic fare from those regions to match.

For $2 at this Korean market, you can get a delicious dumpling that’s “bigger than your head.” 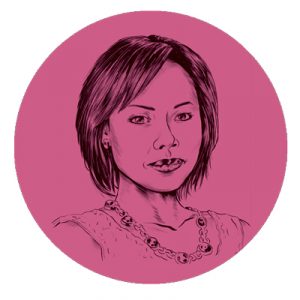 Martina Smith ’06 wants you to take a selfie. Your friends, too. She wants you to all gather in the Social PixPod and say cheese.

The Social PixPod is a social photo booth and Smith’s brainchild for bringing people together. Intended for events, the Social PixPod includes a tent, backdrops, props, and most importantly, the AirPix Photo kiosk: a stand-alone tripod with high definition camera and the perfect picture lighting. Users can take solo or group photos, create photo strips, and even make their own GIFs to post online.

How to Take the Perfect Selfie

“Wearing a crown and some fun glasses, maybe a nice boa, is always a great option.”

“You can’t just take all the poses yourself! Doing a back-to-back with a partner is always a lot of fun.”

“I think confidence is always a good thing—just having fun and letting loose.”

DON’T BE AFRAID TO POSE

“Sometimes people don’t know what to do, but just go with your gut! Strike a few different poses, whether it’s a hand on your hip, a peace sign. Stick out your tongue or bring someone into the photo, do something funny and silly. Don’t be afraid to do you when you’re in the booth.” 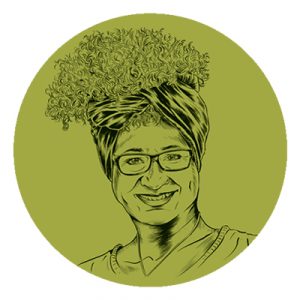 “From 1863 until the 1960s, the Hot Springs African American community was the place to go,” says Cheryl Wilson-Batts ’82 of her Arkansas hometown, a thriving black community where she grew up surrounded by black doctors, dentists, and lawyers. Her family moved when she was 11, and she didn’t return to Hot Springs until she was an adult. By then, the town had changed.

Through her grassroots organization, People Helping Others Excel by Example (P.H.O.E.B.E.), Wilson-Batts began to preserve Hot Springs’ local history on film and in photographs. P.H.O.E.B.E. also trains middle school and high school youth to interview local senior citizens, collecting firsthand accounts from people who remember the town at its height.

Wilson-Batts says her Columbia training in media management, theatre and theatre production gave her the tools and confidence to capture Hot Springs through oral histories and film clips. “The [Columbia] instructors helped me discover a stronger ‘me’ who was willing to move outside the boxes so often prescribed for women, ethnic minorities, and yes, even for Southerners,” she says. 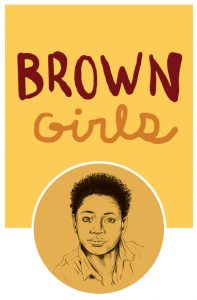 The opening scene of Brown Girls pans over a bedroom: crowded nail polish bottles, an Alison Bechdel drawing, a potted plant. The objects form a collage of a woman of color in her mid-20s—setting the theme for the six-episode web series that highlights characters who are cluttered, bright, loud, contradictory, and ultimately very real.

Brown Girls follows the friendship of 20-somethings Leila, a South Asian-American writer, and Patricia, a black musician, as they struggle with life in Chicago. And the project got quite a buzz: In June 2017, HBO announced it was picking up the series. DEMO talked with former student Sam Bailey, the show’s producer and director.

DEMO: You studied Theatre with an acting focus at Columbia. Why did you make the jump behind the camera, to directing?

BAILEY: The wealth of roles for a woman of color, especially a young woman of color, that were nuanced and flawed and got to show everyone’s abilities and mistakes—it wasn’t really happening in theatre, or in acting in general. I was like, “Why can’t we portray those roles?” If you’re feeling this, then maybe you should just write [or direct] something.

[Brown Girls writer Fatimah Asghar] and I both were interested in showing these characters as regular people who live and love and fuck and hurt and all that stuff. We wanted to show this community of people that are very familiar to us, and I think very familiar to a lot of people around the world, but you don’t ever see it in mainstream media.

DEMO: Why did you set the series in Chicago?

BAILEY: I grew up in Logan Square, so I feel like it’s a natural thing. One of my overall goals is to show versions of Chicago that we don’t see on TV, because so often it’s just gangs or firefighters. Chicago’s obviously very segregated, but there are these pockets of multicultural brown and black communities. So that’s what we wanted to highlight.