Over the years, support from alumni, faculty, staff, parents and friends has propelled Columbia to the forefront of arts and media education. Here are just some of the major donors who shaped Columbia’s last 40 years. The Hokin Family
Steel executive Myron Hokin and his wife, Bernice, were longtime donors to the college, and Myron served as a trustee for 25 years. Gifts Include: The college’s first student-centered exhibition and performance space, the Myron Hokin Student Center, dedicated in 1988.

Lannan Foundation
The Lannan Foundation is an ongoing supporter of the Museum of Contemporary Photography. Gifts Include: A solo exhibition of the work of Vietnamese-American artist An-My Lê in 2006 and a donation of 26 of her photographs to the museum’s permanent collection in 2011. 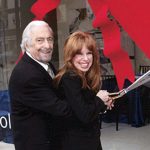 Averill and Bernard Leviton
The Levitons, donors since 1987, are longstanding patrons of the arts. Averill has served on the board of trustees since 1990. Gifts Include: Significant funding for the creation of the Media Production Center, Columbia’s first newly built academic facility.

McCormick Foundation
The Robert R. McCormick Foundation was established in 1955 after the death of the longtime editor and publisher of the Chicago Tribune. Gifts Include: Grants to many college programs, including Columbia Links and the Center for Community Arts Partnerships. The McCormick Tribune Scholarship Fund was established in 2006 with a matching gift from the college to support graduates of Chicago Public Schools.

Jerry Svec
Jerry Svec, a retired fashion and interior designer, has been a part-time faculty member since 1999 and a donor since 2004. Gifts Include: Hundreds of items to the college’s Fashion Study Collection, including vintage costume and historical patterns as well as garments he designed. 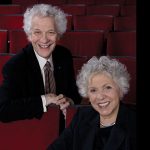 Allen and Lynn Turner
A Chicago native who led the growth of Victory Gardens Theatre, Goodman Theatre and the Museum of Contemporary Art, Allen Turner became chair of Columbia’s board of trustees in 2005 and helped launch the college’s first comprehensive fundraising campaign. Gifts Include: Funding for the Allen and Lynn Turner Theatre Chair— the college’s first endowed chair—in 2013.

The Weisman Family
Albert P. Weisman, a legendary Chicago public relations executive, taught urban politics and journalism at Columbia and served as a member of the board of trustees. Gifts Include: The Weisman Award, which provides funding for advanced students of any discipline to complete substantial media-based works. Over the past several months, I’ve had the pleasure of meeting many of you at our growing number of alumni events. From on-campus occasions like Columbia Weekend and the Alumnae Entrepreneurs Panel to regional events like the LA Oscar Viewing Party and the CNN-New York reception with President Kwang-Wu Kim, alumni across the country are staying engaged.

Many of you shared your personal Columbia stories, as well as your ideas for strengthening our alumni community. Our team has listened closely, and your feedback has informed the new efforts that I am excited to announce.

We’re also furthering our partnerships with offices across campus to create new resources for alumni career development. Stay tuned for more information in the coming months on workshops, one-on-one career coaching, and webinars for alumni in Chicago and beyond.

Have a wonderful summer. I look forward to connecting at our next event near you!

See what’s happening with alumni across the country and get involved with the Columbia Alumni Association and Network (CAAN).

Alumni on 5
More than 100 alumni and guests gathered on October 2 to celebrate the opening of the most recent Alumni on 5 exhibition, Nowhere But Here, at the Columbia College Chicago Library. The exhibition featured 21 alumni artists and was curated by Lisa Lindvay (MFA ’09). Columbia Weekend
The inaugural Columbia Weekend got off to a lively start on October 23 with an alumni reception at the Hokin Gallery. President Kim welcomed alumni to the first-ever Columbia Weekend, which also included a faculty panel discussion, a family-friendly lunch and the
inaugural Halloween Gathering, an arts-focused event put together by the City of Chicago.

Chicago Alumni
Reception Alumni gathered at the Soho House in the West Loop on March 9 for cocktails and hors d’oeuvres. The event featured opportunities to mingle, spectacular views of the city and an update from Dr. Kim on collegewide initiatives.

Detroit Alumni Reception
Detroit-area alumni came out on March 22 for an alumni reception at the Scarab Club. Vice President for Student Success Mark Kelly spoke to the crowd about the new and exciting updates on campus. LA Holiday Party
On November 19, CAAN LA kicked off the holiday season at Riviera 31 in the Sofitel Hotel. Along with 15 schools and hundreds of guests, Columbia alumni appeared en masse to represent our alma mater.

LA Oscar Viewing Party
On February 28, alumni and friends dressed for a night of glamour and cocktails at the Oscar Viewing Party at Fox Studios in Los Angeles. The evening was hosted by Fox Studios executive Hal Haenel (BA ’81). Guests enjoyed hors d’oeuvres, champagne and a fabulous venue to view Hollywood’s biggest award show of the year.

Alumni Shorts Film Screening in LA
Seven alumni films were screened on March 16 at the CAP Studio in Sherman Oaks, California, followed by questions from the audience. More than 25 Columbia alumni had credits in these seven short films—a testament to alumni collaboration.

Los Angeles Alumni Social & Networking Event
On April 14, LA alumni gathered at the historic Formosa Cafe. Alumni from across eras and industries mingled and made new connections while enjoying drinks and appetizers at this famous LA watering hole. NYC Alumni Gathering at CNN Headquarters
Columbia welcomed its New York City-area alumni to a reception hosted by President Kim at CNN-New York on December 3. More than 60 alumni and guests attended the evening event, which featured key networking opportunities, guided tours of CNN and a special address from President Kim. The event was hosted by Jeff Kinney (BA ’87), director of field production and chief photojournalist at CNN and a CAAN National Board member.

D.C. Alumni Reception
On April 26, D.C. alumni gathered at Pennsylvania 6 restaurant in the heart of downtown for an exclusive alumni reception with President Kim.