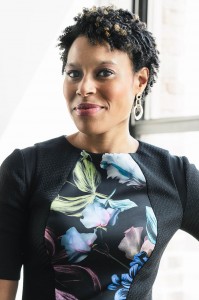 In August 2015, Miriam Smith joined Columbia College Chicago as executive director of Alumni Relations and Annual Giving in the Office of Development and Alumni Relations. In this role, Smith will increase alumni engagement  with the college, including managing communications and working with offices across the college to increase student and parent connectivity. On top of that, she will spearhead the college’s annual giving program.

Smith comes to Columbia from the Fashion Institute of Technology (FIT), where she implemented the first-ever FIT Class Gift Campaign. She also has alumni and giving campaign experience from Manhattanville College and Sarah Lawrence College. Now you can keep up on all things Columbia from one convenient spot. The recently launched News & Events site serves as a central hub for news and info from Columbia, Chicago and beyond, including alumni in the news. From press releases to highlighted events, it’s the perfect place to see all the latest Columbia stories. Visit colum.edu/news-and-events to see what’s up on campus.

Stay on Track with Events App

Planning your social life just got a little bit easier. In addition to checking campus events at events.colum.edu, you can now download the Columbia College Chicago Events iPhone app to stay in touch with campus all the time. The app lets you see daily trending events, add events to your iOS calendar and even check which of your Facebook friends have RSVP’d. To download the app, search “Columbia College Chicago Events” in the app store or visit colum.edu/eventsapp. Growing up in Chicago’s Albany Park neighborhood, Ron Norinsky (BA ’70) obsessed over the radio. At just 11 or 12 years old, he and buddy Bob Sirott (BA ’71) hung out at the local radio station petitioning DJs to emcee neighborhood dances. When Sirott headed to Columbia College Chicago, Norinsky followed—but his focus shifted to television. After graduating, he founded video equipment rental and post/duplication company Video Replay, which he ran for 36 years. Today, he gives back to his alma mater through the Norinsky Family Production Grant, which offers financial assistance to freshmen and sophomores in entry-level classes to help fund Television projects.

I went down to enroll [at Columbia], and unfortunately all the radio courses were filled. This was when Columbia was 300 students on Lake Shore Drive. So I wound up taking some TV courses, and I got hooked. I never did take a radio class at Columbia.

What was the most rewarding part of owning Video Replay?

One of the things I helped introduce to Chicago was something called video walls, which are now the LED giant screens we have in all the stadiums. Back then, it was basically just a bunch of monitors stacked in a matrix with a processor. It added movement and energy to a presentation. Video Replay was one of the first companies to have that technology available.

What motivated you to start the Norinsky Family Production Grant?

I gained a lot of success, way more than I ever dreamed of. It wasn’t because I did it on my own. I’ve had a lot of help along the way, and Columbia was instrumental in getting me there. I always felt like I wanted to give something back. The students have to write a grant [proposal] for the money. In real life, a lot of these kids will be going to work for independent features and not-for-profit agencies. They’ll have to write proposals to get money. Hopefully, this will be a learning experience for them. That’s why I structured it the way I did.

What’s been one of the most exciting student projects you’ve seen as a result of the fund?

A girl by the name of Kayla Rosenberg [BA ’14] did a production [called The “Z” Word], and I was pretty impressed with her talent. It’s about zombies. I wasn’t her target audience—I’m generally not into those kinds of things—but I just saw in the cinematography, the lighting, the direction, that she has a lot of potential. That was pretty gratifying to see. —Megan Kirby