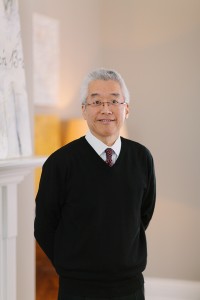 DEMO: You’ve been meeting with alumni frequently since becoming president two years ago. What are you learning?

PRESIDENT KIM: One of the primary things I hear when I talk to alums [are requests for] some kind of career development opportunities: networking opportunities amongst themselves, connecting into industry, and then chances to come back to Columbia and redevelop new skills. That’s going to be at the top of the list for our new head of Alumni Relations. [The search for a new executive director of Alumni Relations is underway.]

DEMO: What surprises you about perceptions of Columbia alumni?

PRESIDENT KIM: There seem to be some strange negative assumptions, [such as]: All our successful alumni are in LA; Columbia alums don’t make a lot of money; they’re really not that successful. Those things are just not true. What I’ve been impressed by is not just markers of success like title or potential salary, but how consistent it seems to be that so many of our alums have really created their own successes. To me, that’s very distinctive of our alums.

The other thing that’s interesting for me is that we have a tendency to [say] Columbia is different, so don’t expect to see Columbia alums successful in more traditional pathways—but that’s not true, either. One of the most brilliant alums we have in the world of fine arts is Rashid Johnson [BA ’00]. He’s currently featured at MoMA in New York, and he’s taking the gallery world by storm. We have to be much more aggressive about giving the world a sense of what our alums are achieving. And then it also has the effect, of course, of being inspiring to our students because it really helps to prove to our students all that’s possible.

DEMO: Columbia is all about students finding unique paths and creating their careers. How can alumni play a role in mentoring students?

PRESIDENT KIM: Alums can become role models. What students need is sometimes not so easily defined. They need to see [their dreams] embodied in somebody because that makes all the difference. Students realize those alums went to the same school and they’re doing something they would like to do, and they’ve figured it out. [And] we need to convince alums, when they have opportunities to hire or to create internships, to first look at Columbia.

DEMO: This year, the college will roll out a brand-new Strategic Action Plan. What do alumni need to know about the plan?

“So many of our alums have really created their own successes.”

PRESIDENT KIM: The whole idea of the strategic plan is to move the institution toward a greater level of value for its students. What’s harming higher education in general right now is the growing skepticism about, “Is there really any value in a college degree at all?” And a lot of schools are remaining silent. Over time, the degree to which our education truly prepares students to succeed is going to be the value of the school. As that becomes more defined, and as our reputation for truly being a school that [focuses] on students and their success is more defined, the school’s reputation begins to grow and rise. That has a direct impact on alums.