When Eric Roesner (BFA ’11) and RJ Casey teamed up to create their tongue-in-cheek cowboy comic, Pecos, they wanted to make the final product—and their artistic partnership—official. With just that first title under their belt, they pulled together a logo (a hairy, blue monster foot), and Yeti Press came to life. 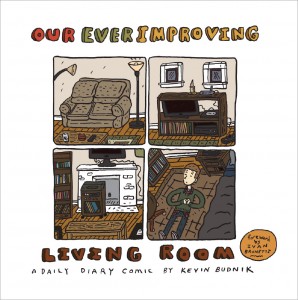 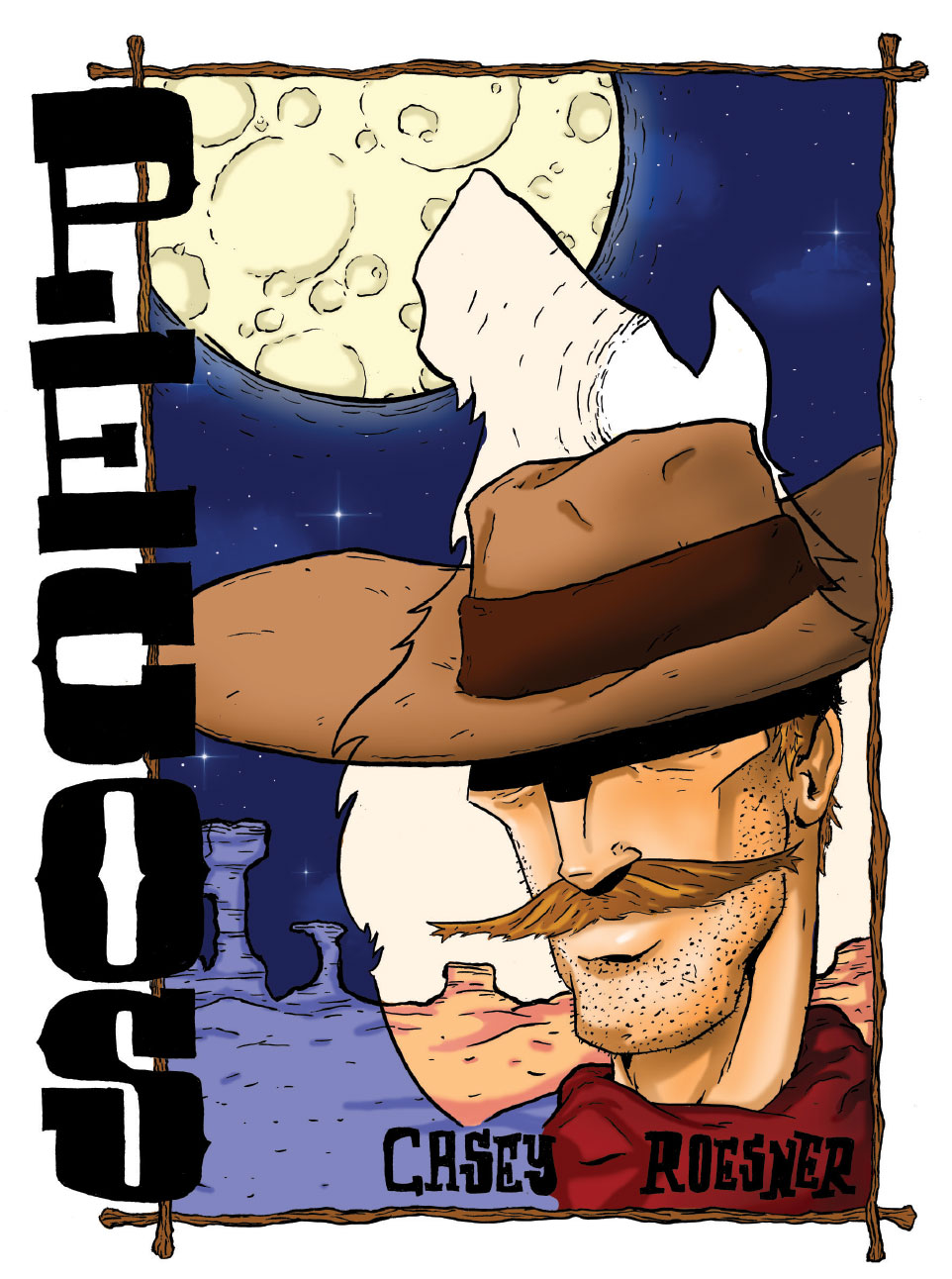 Pecos, the cowboy comedy “full of action, adventure and mustaches,” was the first comic printed on the Yeti Press label. 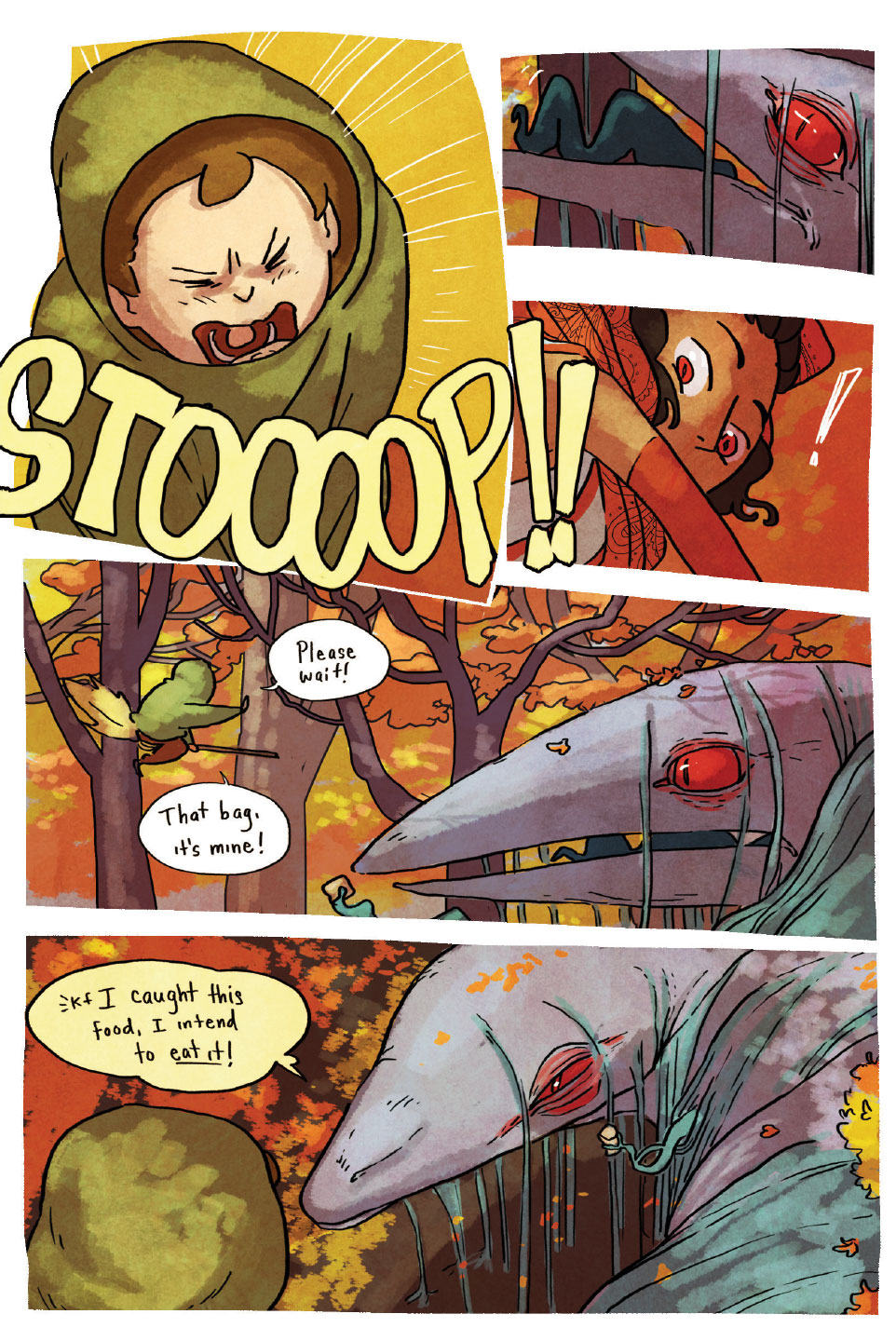 Kevin Budnik met Roesner in Intro to Graphic Design, and joined Casey in a sandwich-centric collaboration called Party Sub under the Yeti Press stamp. Budnik had also been working on Our Ever Improving Living Room, a project that grew out of a Columbia class assignment to create a journal comic every day for a year. After Budnik wrapped up all 365 entries, Yeti asked if he’d be interested in publishing the collection.

“I’m not one to ever get excited about things. I’m very low key,” says Budnik. “But when we had the release party at Challenger’s Comics [in Logan Square], I was sitting there thinking, ‘Wow, this is real! I have a book!’ I never really pictured that as a possibility.”

“If you want to be in comics, you have to pave your own path.”

A successful 2013 Kickstarter campaign helped Yeti crowdfund this year’s titles. With the financial boost, Yeti welcomed new artists like Andrea Bell, whose cute-with-an-edge “adora-horror” comic Rose from the Dead will be released this spring. She first heard of Yeti Press through Columbia College connections, and she reached out to Roesner and Casey through social media to pitch her book.

“If you want to be in comics, you have to pave your own path,” she says. “You have to reach out and talk to people, go to conventions, and spend way too much time on Tumblr and Twitter seeing those artists.”

The tag-team mentorship of Ivan Brunetti and Chris “Elio” Eliopoulos, illustration professors and renowned comics professionals, is partly to thank for the recent outpouring of comics talent from Columbia. In fact, Roesner and Casey originally met through Eliopoulos, who thought they would make a good creative team. (“Everything’s kind of Chris’s fault,” Roesner jokes.) Brunetti, a frequent illustrator for The New Yorker, even wrote the introduction for Budnik’s Our Ever Improving Living Room.

The Yeti editors are pretty hands-off when it comes to the process behind the comics, but they do have one request for every new artist: to create their own version of the Yeti Press logo for the back of their book. In one version or another, the big, blue footprint should stamp across many more books to come. — Megan Kirby

Top Image: One of Yeti’s best-sellers, Pancakes follows a “strong relationship at a turning point.”