NEW SVP/PROVOST ANNOUNCED
Stanley T. Wearden, PhD, will become Columbia College Chicago’s senior vice president and provost, the chief academic officer for the institution, on July 1. Now serving as dean of the College of Communication and Information and professor of journalism and mass communication at Kent State University, Wearden will work with President and CEO Kwang-Wu Kim, DMA, to lead Columbia College’s academic affairs enterprise. Louise Love, PhD, who has been serving as interim provost and vice president for academic affairs, will continue in that role until July.

The following is excerpted from a March interview with the Columbia Chronicle:

What are your plans upon your arrival in July?

SW: My plan is to learn as much as I can as fast as I can. I’ll be meeting with as many people as I can to get their sense of what their goals are, obstacles they face, what solutions they’re thinking about for those obstacles and a sense of where this college needs to go academically. … I think that the college needs an academic affairs strategic plan—a five-year plan with achievable goals. I want to have an inclusive process for that, including feedback from students and faculty and staff and administrators.

What challenges do you think Columbia faces and how might you address them?
SW: [The mission] needs to be revisited. We need to make sure that we’re preparing students for a 21st-century practice in creative disciplines. We really need to look comprehensively at the curriculum. We’re still preparing students … [but we must give] students what they actually need, practice in 21st-century industries. Part of that is taking a look at the core, which is fundamentally strong and inspiring. 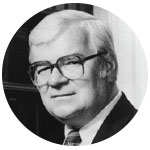 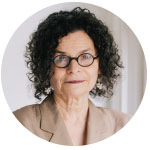 DEBORAH H. HOLDSTEIN STEPS DOWN AS LAS DEAN
Down as LAS DeanAfter serving as dean of the School of Liberal Arts and Sciences for seven years, Deborah H. Holdstein will step down from her position on July 1. In her time as dean, Holdstein helped establish the college’s first Honors Program, the new Art and Materials Conservation major and the college’s first degree partnership with an overseas institution (the Lorenzo de’ Medici Institute in Florence, Italy). Holdstein will take time off for the 2014–15 academic year and will resume working with Columbia College as a full-time professor in the English Department in 2015. In July, associate professor Suzanne Blum-Malley will step up for a one-year appointment as interim dean.

STEPHEN ASAMA RECEIVES A FULLBRIGHT AWARD
Stephen Asma, philosophy professor in the Humanities, History and Social Sciences Department, received a Fulbright Award to live and teach in China. He is teaching at Beijing Foreign Studies University through Spring 2014, expanding on an academic passion for Buddhism and Asian philosophies.

COLUMBIA CHRONICLE NAMED BEST COLLEGE NEWSPAPER IN ILLINOIS
In February, the Illinois College Press Association named the Columbia Chronicle the best college newspaper in the state and presented the paper with 18 other awards for various work in photographic, graphic, editorial and advertising content. The Chronicle also won first place for its 2013 Sex Issue in the Special Supplement category. The newspaper picked up five first-place awards and overall had 12 current or former staff members individually Recognized for their work. 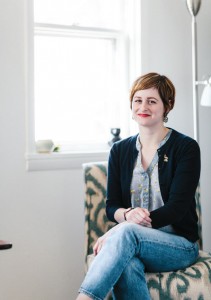 GIVE & TAKE: ALUMNA SUPPORTS FAMILY’S ASL SCHOLARSHIP
For Laura Hool (BA ’06), philanthropy runs in the family. Hool’s grandmother, Alice Fryzlewicz, founded the Michael Fryzlewicz scholarship for American Sign Language (ASL) interpretation in honor of her son. Michael Fryzlewicz, a Chicago-area ASL interpreter, worked with then-English Department Chair Phil Klukoff to start Columbia’s ASL program in the ’90s, but sadly, he died in his 30s before the program got off the ground.

“[Uncle Michael wanted] to make sure that there were training opportunities in this area for people who wanted to become interpreters and to learn about the Deaf community,” Hool says.

Today, Hool, assistant director for Outreach, Medicine and Biological Sciences Development at the University of Chicago, continues her family’s generosity by contributing to the scholarship fund her grandmother began.

“I think it says a lot about her that she could take this tragedy of losing her child when he was at such a young age and transform that into something that was really positive,” Hool says. “[The scholarship is] a way of really personally and permanently remembering my uncle and his legacy in Chicago. And as an alum, it’s about giving back to the institution that I feel like I gained so much from.”

NEW IMAGE CAMPAIGN LAUNCHED IN SEPTEMBER
In the fall, Columbia unveiled a new image campaign centered on the philosophies “Live What You Love” and “Create Your Career.” The multi-year, multiplatform campaign kicked off with billboard, bus shelter and magazine ads featuring students engaging in film, music, dance and more—offering a sampling of Columbia’s vibrant and diverse arts community.

SANZ AND RIVERS CRACK UP CAMPUS
The 2013–14 Conversations in the Arts series spotlighted comedy, with renowned comedians Horatio Sanz (’89) and Joan Rivers cracking everyone up in the South Loop. Saturday Night Live alum Sanz returned to his home turf on Oct. 23 to talk about his time on The Second City stage, with comedy group Upright Citizens Brigade and as the first Latino member of SNL.

Comic legend Rivers hit campus Feb. 25, regaling a packed house with stories about her rise from Chicago’s Second City to The Tonight Show Starring Johnny Carson, and subsequent years of struggling to stay relevant on the climb back to the top of the ratings heap on E!’s juggernaut Fashion Police

MEET & GREET: MANIFEST 2014 CREATIVE DIRECTOR
Matt Dunne (’14) looked to paper airplanes and star lanterns as inspiration for Manifest 2014, Columbia College Chicago’s annual urban arts festival on May 16. As creative director elected by the Columbia community, Dunne will design all the event’s promotional materials. For the first time, Manifest has a theme—flight—and Dunne plans to reach for the sky in his designs.

“I like to do really simplistic stuff,” Dunne says of his winning looks, which consist of paper textures, dotted lines and stars inspired by the geometric lanterns at Chicago’s annual holiday Christkindlmarket. He hopes the paper airplane motif will bring a crafty, DIY edge to the events. “I’m hoping everything can be really customizable, so people can make their own paper planes or their own stars, stuff like that.”

The all-day fest will bustle with art, music and performances showcasing Columbia’s distinct talents and creativity. Manifest events will include old favorites like a zipline through the South Loop, and some new additions like an art installation from Jones College Prep and a Masters of Flight evening to highlight graduate student work. There’s been talk of world record ambitions, too: Anyone want to build the world’s largest paper airplane or the most paper airplanes? For more information about Manifest 2014, which is free and open to the public, go to colum.edu/manifest.—Megan Kirby

COLUMBIA SPONSORS FILM FEST
The 49th Chicago International Film Festival took place in October at the lavish Chicago Theatre, with Columbia College serving as a sponsor for the fifth year running. The festival highlights the voices of innovative new filmmakers in Chicago and the world.