<![endif]--> ME AND YOU AND EVERYONE WE KNOW WEARING CAA BADGES | Columbia at CAA 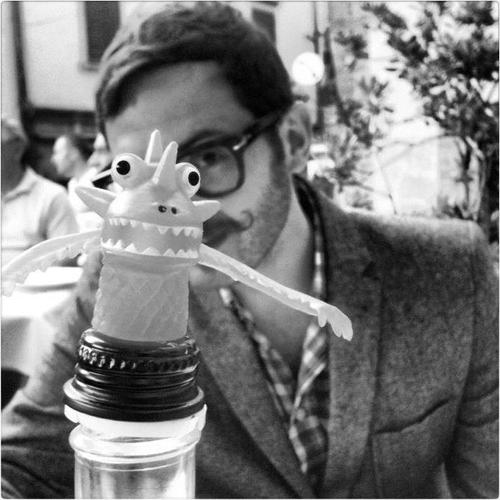 CAA is just around the corner, and everyone around school is starting to unravel. And it’s only the beginning of week 3 of the semester. Everyone I know is trying to wrap up a thesis project, apply for jobs, get better at bowling as a measure of maintaining sanity, and negotiating how to be a human being while teaching a class of 18 college freshman. So CAA, while adding a bit of professional angst to the mix, is also bringing a lot of hype.

So here’s a bit about me, why I’m here, and what I’ll be doing at CAA.

I’m in my final semester of the MFA Poetry program at Columbia College Chicago. I would say that my decision to attend Columbia began with a dream I had: I am riding my bicycle on the interstate and then stop for a moment on the shoulder, I don’t know why, probably to Instagram, when a large delivery truck comes peeling around the corner and hits me, sending me hurtling into the glass wall of a skyscraper. I am on my knees, glass falling out of my face. I get a glimpse of my reflection in a remaining part of the slate black window and see that when I blink my eyes, shards of glass have slit my face into what looks like diamonds. I spit, and the glass trickles out into a puddle. Imagine the sound of a room full of scissors. The next thing I know, I am walking through a shiny metallic hallway that, at some point, becomes clear to be a hallway at Columbia College Chicago.

But that just sounds crazy.

So instead I’ll say that the decision began in an ancient Italian hill town that was built by the Etruscans, whose shots were called based on the flight patterns of birds and the scrutinized entrails of sacrificed animals that were then divvied up among the priests for high fives and a potluck dinner.

During my time serving as the 2010 Visiting Artist in Cortona, Italy—the Etruscan hill town—I was surrounded by artists of all genres and mediums. I had the opportunity to learn paper and bookmaking, printmaking, and even some stone carving! My experiences with non-poet artists made me realize how integral our fields were to each other, so I knew I wanted to go somewhere with a strong arts background. I later visited Chicago for Printer’s Ball while I was living in Milwaukee, and I knew then that Columbia was where I needed to be.

Since then I’ve gotten involved with several projects that are peripheral to my primary field of study. For starters, I’m a co-curator for a new reading and performance series called The Swell. Our fourth event will be later this month (more on this later), and it’s been a lot of fun connecting with so many talented poets and artists because of this.

Here’s a glance at The Swell’s 2nd Set: 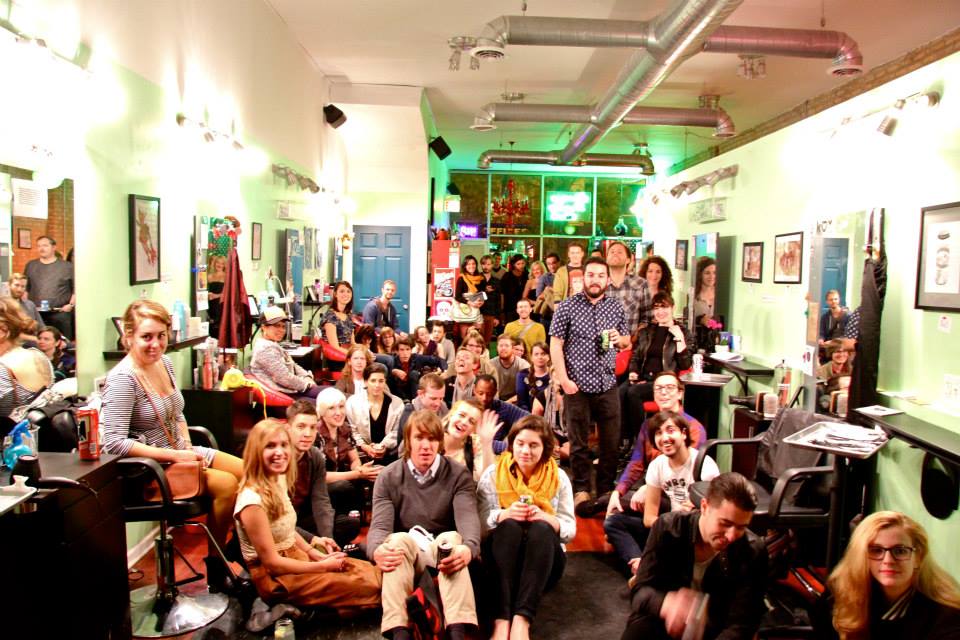 Secondly, I’m one of two writers participating in an incredibly generative collaboration between Columbia’s Interdisciplinary Arts and Creative Writing programs. We’re working on an exhibition entitled WE BECOME EACH OTHER’S UNMAKERS, which involves working within, across, and in between disciplines in order to investigate the nature of collaboration as a dialogic interaction of making and un-making. We’re exploring the act of collaboration as a process of discovery, and the work we create considers the engagements of becoming and un-becoming as mutually informative practices, of un-making as re-making, and therefore making within a space of perpetual motion and (inter)change / reiteration. The exhibition will be open Thursday evening as part of CAA: An Evening at Columbia College.

During the conference I’ll be attending several panels each day, conducting interviews, tweeting throughout the conference (@PoetryMFA), reeeeally hoping to steal some cool ideas, and coming back here to contribute to the conversation. So for now I’ll leave you with my top pick for each day of the conference.

FRIDAY, 2/14: House of Cards, Season 2. I know, I know. And it’s Valentine’s Day. But it’s the premier. (And EVEN PRESIDENT OBAMA <3s House of Cards.) BUT FOR REAL: Tracers Takes on Feminism: Conversations about Motherhood, LGBTQ and Race (10am-5pm @ Threewalls).

It’s going to be a great week, and I’m looking forward to being a part of this year’s CAA.

ME AND YOU AND EVERYONE WE KNOW WEARING CAA BADGES

Hi. I’m Daniel. CAA is just around the corner, and everyone around school is starting to unravel. And it’s only the beginning of week 3 of the semester. Everyone I …