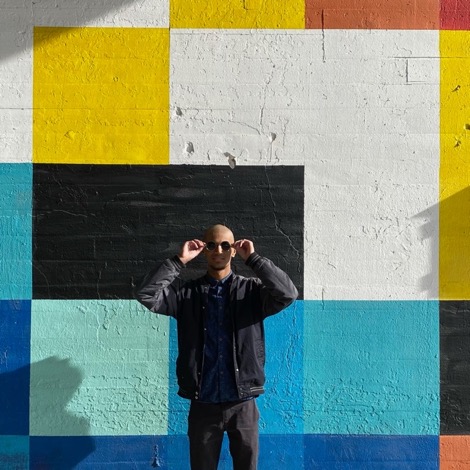 Dilip Rao, aka Double Dipp, is a Junior Music Business major at Columbia College Chicago. Dilip works as a DJ, Producer, and Entrepreneur and recently released his debut album Nu Metro. His album release event also included an art auction in partnership with The Underground Art Gallery, Chicago. We asked him about his work, influences, and what to expect from him in the future.

Congratulations on the recent release of Nu Metro! Tell us about the release party for the album.

Thank you so much! To get a proper understanding for this release event, I have to take you back to March of 2020. I had just released a four-track EP, and following that release, I threw my first ticketed party/event. It was a huge success and I told myself that moving forward I would plan bigger and better events for each major release I had. Fast forward eight months, and I am on the cusp of finishing my first full length album. I came up with the idea of hosting a virtual art auction, given that I couldn’t throw a live event. With the help of a few friends and four incredibly talented artists, I started collecting paintings and developing a website where I could auction off the art pieces and perform on a live stream. By a stroke of luck, a Chicago-based art foundation caught wind of my event and joined on as a sponsor. With the help of the foundation, I was able to auction off over $3,500 worth of original art at starting prices on some of the pieces as low as $10! The auction opened Monday January 25th and closed Friday the 29th with a live-streamed performance by me, along with two other artists. The following day, January 30th, I released my album. The event was a major success, I sold 9 out of the 10 paintings and received very positive feedback from the live stream! 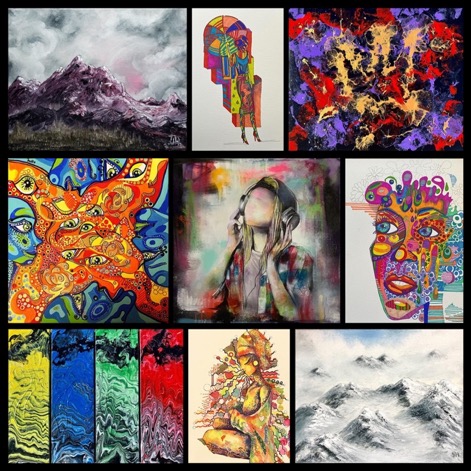 Art pieces auctioned off for the release event.

Where do you find inspiration for your music?

I listen to a ridiculous amount of music on a regular basis and practically every song I hear inspires me in some way! One of the main goals for this album was to create a set of songs that would stand up against the tracks that I DJ with. When I DJ a set that I really love, it inspires me to want to learn how I can make the tracks that made the set so enjoyable.

What have you learned during your time at Columbia College Chicago that you have been able to integrate into your own business?

I work every day as a producer and recording engineer, and I’ve been able to learn production skills and gain a much deeper understanding of the legal aspects of recording and releasing music at Columbia that I can apply directly to my work in the studio. I’ve also been working with a small house music collective to pivot their brand into an independent record label. Less than a year ago I wouldn’t have had the slightest clue where to begin on a project like this!

Do you have any upcoming projects that you are looking forward to?

I’ve got a couple big projects brewing right now! First and foremost, the label I’m working with, Secret Garden Records, is gearing up to launch our first release in the next two to three months. Outside of that, I’ve slowly been working a passion project composed of breakbeat and jungle-style songs with hip-hop features from a number of artists that I’ve worked with over the years. It’s going to be a difficult task to pull off correctly, but that’s exactly why I’m so looking forward to it!

Where can people connect with you?

You can find my music on all major streaming platforms under the name Double Dipp. You can follow my Instagram @djdoubledippmusic and my affiliated record label @secretgardenrecords.

https://trx.fi/djdoubledippmusic will link you to everything!