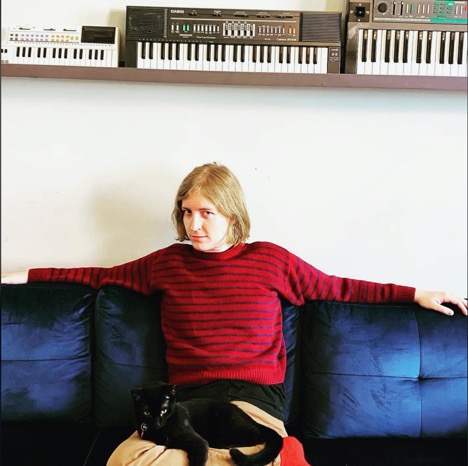 Shasta Gilmore, a first year Master of Arts Management student, has self-produced a limited-edition cassette tape that will release on January 1, 2021. A retrospective of her singles from 2020, the album will also be released digitally through Satrin Jupitern Records, a label established in 2017 that she owns and operates.

How did you get your start in the music industry?

I started in the industry in 2005, when I was a junior in high school. I played synth and sang backup vocals for a band called Modern Cinema. We were contacted by a scout who came across our myspace profile, then spotted us at a live show we played at the Whisky A Go-Go on the Sunset Strip. Eventually, that led to us being signed to Cassette Recordings, an indie label in Los Angeles. The owner/producer who signed us had recorded the Ramones’ Acid Eaters album, some really good stuff by Spiritualized, and one of our label mates at the time was Only Son, the solo project of Jack Dishel of the Moldy Peaches. We had a great time.

What was the inspiration behind your new LP, Jonesy Majestic?

2020 has been, in many ways, an awful year, and I’m reminded of the Orson Welles quote from The Third Man about the Cuckoo Clock. Difficult times are often unavoidable, but I don’t like the mentality that creation is the product or byproduct of suffering. I prefer the Jeff Tweedy perspective that the creation is in spite of the difficult time, thanks to some indomitable force within… or something like that.

I studied creative writing at an arts high school briefly. One thing I learned there was that you have to write every day, so I applied that to my desire to become a songwriter. I set a goal in 2017 that I would write and record one song each month as a way to understand the process of recording onto tape and as an exercise in songwriting. Along the way, a close friend gave me a copy of Logic Pro X software, and so now I’ve been switching off between a Tascam Portastudio and Logic.

2020 is the year I moved to Chicago to (for the first time) formally pursue my dreams of working in a studio setting and/or as a content provider/creator for visual media. I think this was the year I fully bought into my own dreams, and making a formal release for the songs I created this year went hand-in-hand with that shift.

Satrin Jupitern started as the label I used to release my own music to streaming platforms. The name came from an inside joke between my sister and myself over a particularly funny and spirited mispronunciation of the planets’ names by one subject in an old Louis Theroux documentary.

Eventually friends of mine who go by Lunar Root wanted to release their music online, and I also produced a cassette tape for them that sold out. It was a one-off project that sprouted out of everyone losing their jobs because of COVID and deciding that it was a perfect time to write and record an album. I think the entire process from conception to physical distribution took less than two months. Then another friend, Tom Scholl, wanted to release a fantastic industrial/synthy song under the name Aurolacc and I couldn’t say no.

I’m happy to provide digital distribution for friends I care for and whose music I believe in, and if I can handle it financially, I’ll make a cassette release. I’m still working up to pressing the first Satrin Jupitern vinyl… It’s a big commitment in terms of money and requires a large demand to compensate for such an expense. Hopefully it will happen someday soon.

What have you learned at Columbia College Chicago that you have been able to implement as a musician and/or business owner?

My marketing class with Philippe Ravanas has been the most applicable to where I am right now as an artist and label owner, and I can see that it will always be relevant to my work. I come from some circles that would probably say that ‘marketing’ your music to an audience as opposed to ‘making it for yourself’ is selling out or some such silly thing. I don’t think the two are mutually exclusive. Philippe is inspirational. The first line in the song “If You Knew Me” on the Jonesy Majestic cassette is an Oscar Wilde quote that Philippe paraphrased in class. Jason Stephens’s Entrepreneurship class has been wonderful as well; it’s like a hyper-motivational little family that cheers each other on to pursue their dreams. Jason provides really solid feedback and, much like Philippe, really cares.

Honestly, every professor I’ve worked with this semester, be it as a teaching assistant or as a student, has been helpful and informative, so much so that part of me wishes I would have pursued music academically earlier. A friend of mine in Audio Engineering Society (AES) is taking a class called Building Circuits for Sound Art, and when I heard about that, I was amazed. I’ve been building electronics kits through trial and error for the past few years and knowing that there is a track of classes to take at Columbia excites me. I cannot overstate how much I cherish the opportunity to chat with and listen to Benj Kanters and Ben Sutherland in AES meetings. In another life I’d be an Audio Arts and Acoustics undergrad student.

Where can people connect with you?

You can find the Jonesy Majestic cassette and my other works at shastagilmore.bandcamp.com

I’m on Spotify, Apple Music, and most other streaming services as Shasta Gilmore, and you can follow me on Instagram at @damnatio.memoriae.usa 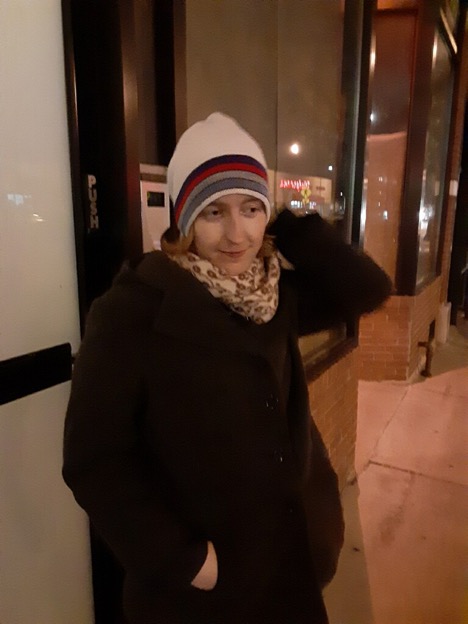 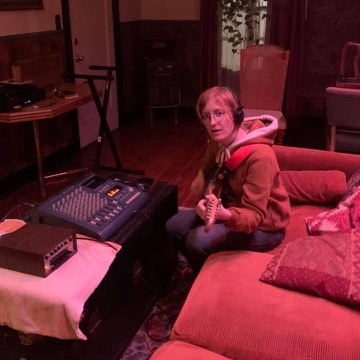