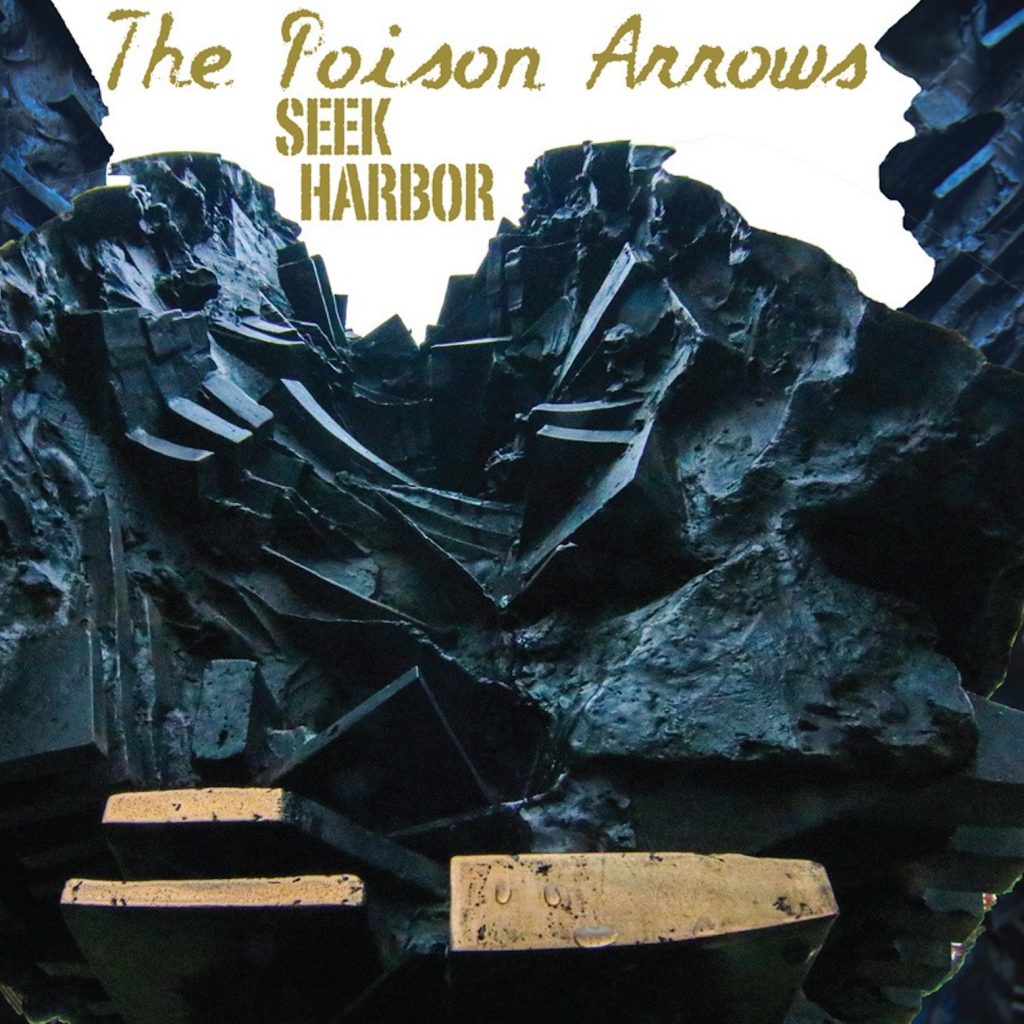 Chicago-based band The Poison Arrows features our own faculty member Justin Sinkovich on guitar and vocals. The band released a single on Friday, April 17 called “Seek Harbor,” and all proceeds from the single will be donated to the Arts for Illinois Relief Fund. We asked him about the band and what led them to make this donation.

Tell us about your band, The Poison Arrows.

We’ve been a band since about 2006, although we took a break from about 2011 to 2015. We started playing together when the drummer Adam Reach and I were working at Touch and Go Records. We enlisted one of my best friends, Patrick Morris, who was previously in the Touch and Go Records band Don Caballero. Patrick plays bass, I play guitar and sing.

We are a weird post punk, kind of arty noisy rock band, but we’ve also done some live soundtrack performances, worked with a lot of drum machines and keyboards, and have recently collaborated live and in the studio with the excellent rapper Sterling Hayes from the SaveMoney crew. We write songs pretty effortlessly by the three of us hanging out once a week for a couple of hours jamming in a room and recording the ideas on my phone, then I send interesting parts to everyone via Dropbox to think about for the next week rehearsal.

After a couple of EP’s and three albums, we were just about to announce our fourth album for May 15th. We had a European tour booked for late May and early June heading to the Czech Republic, Poland, Austria, France, Germany, Belgium, and Spain, plus a bunch of US dates when COVID-19 hit. Over the past few weeks it became clear that the touring wasn’t going to happen, and overall the release was going to be a mess, so we put the album and everything on hold.

It dawned on me one day that the song “Seek Harbor” from the new LP is one of our favorites and was pretty thematically perfect for the current situation, so we decided to release the single until everything becomes more functional.

What is the inspiration behind the song “Seek Harbor”?

Seek Harbor is the name of one of the two companies in Prague that provide our van, gear, and driver. We used them on our last European tour, and at some point I wrote down the name because I definitely wanted to use it as a song title for the new album. It’s one of the first ones we wrote for the album, and it also pays homage to Darko, our tour manager on that last tour as well.

We always start out with the music before the lyrics, and Seek Harbor was just something that materialized after a couple of rehearsals with no prior compositions being brought into the room. We liked it because it was a little more melodic and was just a little lighter feeling than a lot of our music, which often tends to be pretty dark and kind of difficult both to play and to listen to. The lyrics were written over a year ago and are a meditation on taking shelter from bad energy, deceit, and other people’s agendas, while even taking shelter from your friends and from your own negative energy to focus on maintaining a more healthy and strong mindset. Right now we are sheltering physically from people to remain healthy, but the focus on staying mentally healthy and positive is equally as challenging and important. I’m happy we had a song on the new album that can hopefully help people to remember to take care of themselves in that way.

How did the band come up with the idea to donate the proceeds from this single?

All three of us and our households have taken substantial financial hits from this situation, but we can all pay our bills, at this point at least. So we decided to donate the proceeds to a charity and generally raise awareness. It just seemed like the right thing to do. Unlike many artists, and many other friends and family right now, we have paychecks coming in and health insurance. Two of our last three shows were for charity, so we had already felt the motivation and impact of donating our energy. I’m contributing to a couple of other charitable initiatives right now as well. Again, it just feels like the right thing to do with so many people being challenged whether its financially, physically, or mentally.

What is the Arts for Illinois Relief Fund and why did the band choose this fund to support?

The Arts for Illinois Relief Fund is a statewide effort providing financial support to arts organizations and artists in need due to the current pandemic. There are so many excellent charitable organizations out there to support, but we decided on the Arts for Illinois Relief Fund because it is local and it supports our true passion, the arts. I cannot tell you how many of our friends and family members have told us that their jobs in the arts are completely on hold, and they have no income coming in. My students at Columbia are studying to lead the next generation of the arts as well. If we can help the arts community and economy weather this storm, even in the slightest way, we can sleep a little easier at night.

Where can people get involved?

You can buy the new single at our label File 13’s Bandcamp page here. I actually own and manage File 13 and this is our 99th release! It’s only $1.49, but you can pay more if you want and all proceeds go to the Arts for Illinois Relief Fund. Or you can support the Arts for Illinois Relief Fund directly by going to https://artsforillinois.org/donate-and-apply. The song will be available on all major streaming and download services as well if you prefer to donate directly to Arts for Illinois and maybe check out the song later. File 13 is planning a couple of more releases from other projects I’m involved in to support the cause as well. More on that soon!