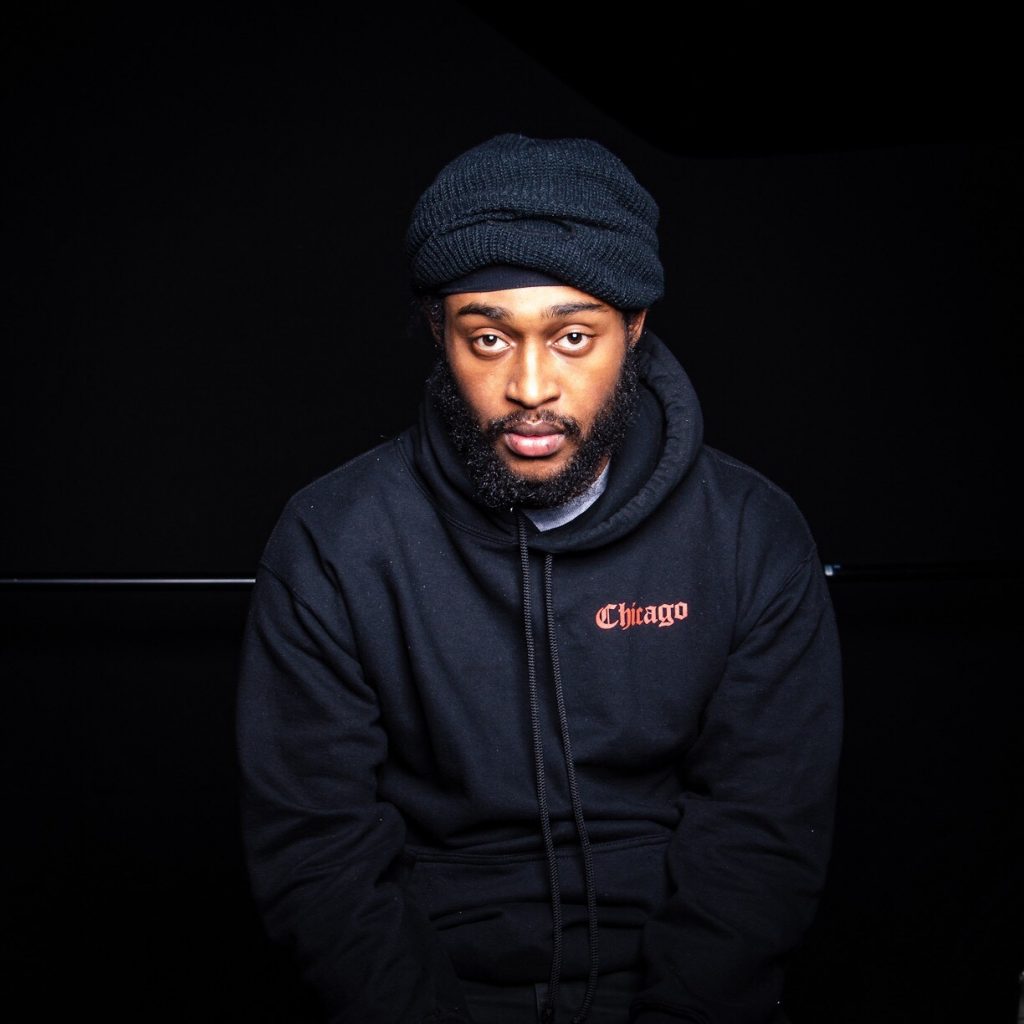 Hakim Dough graduated from Columbia in 2017 with a Master of Arts Management degree. His passion for music has pushed him to do some great things post-graduation. We asked him to fill us in on his music career success.

How did your love for music begin? How would you describe your music/brand?

My words construct intimate stories that contain layering and depth, which become more and more visible to the listener with every listen. The content of my artistic expression centers around community, family, wisdom & my personal perspective.

How did Columbia help you get to where you are now in the music industry?

CCC provided me with opportunities to involve myself in communities, which I might not have had the awareness of or access to had I not moved to Chicago for grad school. I was able to build a number of valuable relationships with industry professionals throughout my enrollment and after. However, the genuine bonds I’ve formed with individuals that extend far beyond the “music industry” are what I cherish the most.

Congratulations on the tour this past summer! Can you tell us what that experience was like?

My partners Heavy, Mashaun, Paris and I traveled to 25 cities across America & Canada in 33 days, using our talents + gifts to bring awareness to the 1919 “Red Summer” race riots. In the process we learned much about one another, the world and the power of acting on belief in self. I could write a two-part book on all that we experienced on tour! I don’t have plans to, but be on the lookout for the upcoming Red Summer Tour documentary that’s in the editing stages now. We will be sharing more information on the release of the documentary and related events via redsummerproject.com and on IG: @Redsummerproject.

Your latest project is “Thankful for the Chi.” Tell us about this project! What inspired it?

My debut album, “Thankful for the Chi” was inspired by community, family, friends and relationships here in Chicago that are sources of love, appreciation and gratitude for me. I still feel a tremendous amount of gratitude for Donnie Belcher, Che “Rhymefest” Smith and everyone whom I’m blessed to know or have met through Art of Culture inc. (formerly Donda’s House). Kikomo. P (who worked with me to capture an iconic album cover), Ewa James Ewa, (who executive produced the entire album), Resita Cox (who filled in as my manager for like a week lol), Rohan Ayinde (who provided visuals for the promotional content leading to the album release), Rashad Hussein & Andrew Henke from Honey Jam Studios (who mixed/mastered the record & shot/edited the first visual from the project “sidewalks”), the amazing singer/songwriter B.Lin (who’s angelic voice can be found throughout the entire album), Mashaun Ali (owner of Trap House Chicago who guided me through the production of my album merch), and countless others whom I can’t thank enough. Not only have these people contributed to the album in tangible ways, but we share bonds that extend beyond music, business and the pursuit of material gains.

If you had one piece of advice for current students or recent graduates, what would it be?

Know yourself, find your tribe, build your village and change the world!