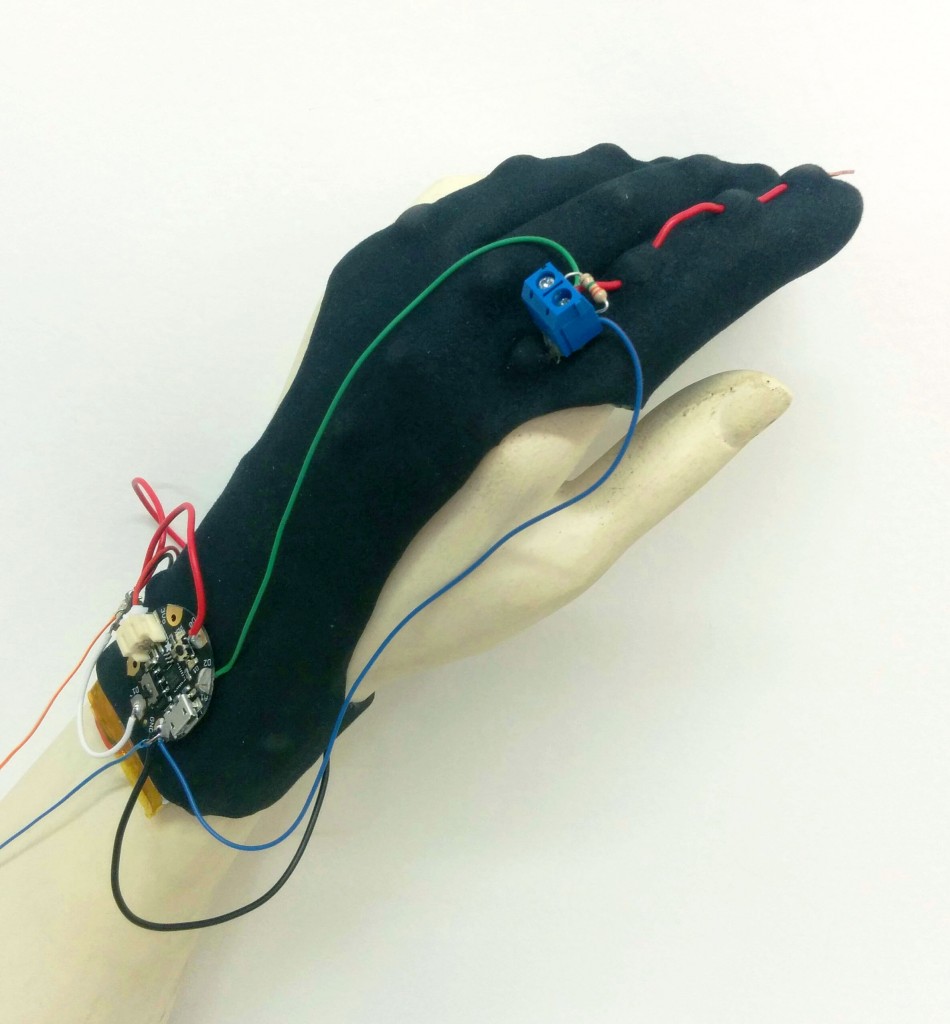 Adjunct faculty Tiffany Funk will be exhibiting in the upcoming exhibition A to Z: Abracadabra to Zombies at the Pollock Gallery in Dallas Texas from September 12 – October 24, 2015. The exhibition will explore the crossroads of humanity and technology, and the tipping point at which technologies shift from the practical into the fantastical; from wonder to paranoia; and from control to subversion.

Funk will be showing her Wearable EMF (Electromagnetic Fields) Detectors, which measures electromagnetic frequencies, producing haptic feedback. Because sensing paranormal phenomenon is often described as producing tingling sensations or “chills,” this sensor produces piezoelectric vibration on the skin from wrist to elbow, creating the sensation of something crawling up one’s arm. The exhibition opens this Saturday, September 12. For the Facebook Event, click here.

Through a series of four lectures, an exhibition and a selection of workshops, A to Z will present histories, ideas and objects that ponder the push-and-pull between technology as a potential savior of human existence or a harbinger of eventual extinction. Addressed will be topics such as spiritualism and otherworldly phenomena, the apocalypse and utopia, arts-based activism and the possibility of a posthuman world.

Curated by Danielle Avram, the 2015 Pollock Curatorial Fellow, A to Z originated from a fascination with early photographic processes and their connection to the otherworldly. “My inspiration for this exhibition began with the Phantasmagoria, an image-based theatrical horror show that dates back to 18th century France. While the Phantasmagoria was designed to shock and delight audiences, it also terrified them, and in some instances was even shut down by public officials due to fear of awakening supernatural forces. This inspired me to further investigate the intersection of technology and magic (or the perception of magic), and the inextricable relationship between the wonder and fear of technological possibilities.”