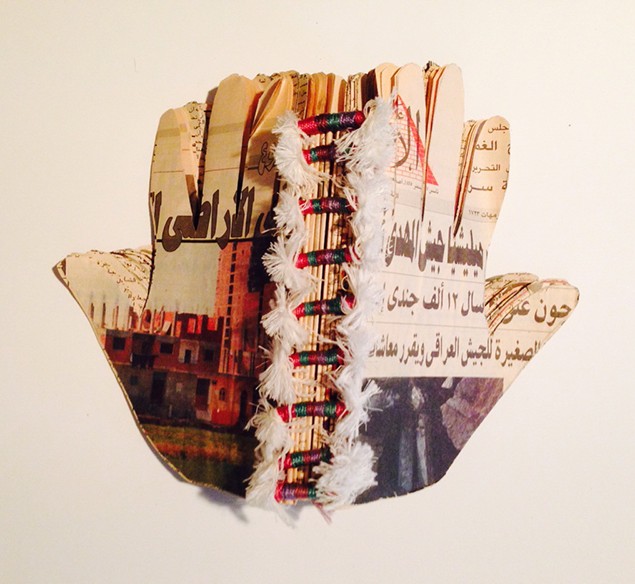 “My Hands of Egypt” by Miriam Schaer. Made from Egyptian newspapers sewn on cords with thread from the markets.

Book & Paper faculty members Melissa Potter and Miriam Schaer are both showing work in the Embraced: The International Community (July 8 – September 19, 2015) exhibition, which examines the influence the Center for Book Arts in New York City has had on the international book arts scene as well as the international artists who have come to the Center to study, exhibit, or teach. This is the fourth and final exhibition of the Center’s 40th anniversary year-long celebration, each of which featured and documented a particular program.