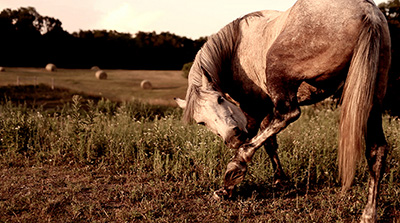 A Ride West – live: A Spaghetti Western Musical Saga is the new iteration of an interdisciplinary project which began in 2012 when Valentina Vella became strangely obsessed with the idea of riding a horse across America. The ride was attempted in the summer 2013 and it culminated in a long video piece which was first presented at the 2014 Interdisciplinary Arts MFA show.

The show features a live band (Nathan Paulus, Sharon Hoyer and Josh Miller from the I Ching Quartet and Daniel Schneider from The Singleman Affair) and live video editing and processing by Michael LaHood.

Presented with the support of the Italian Cultural Institute of Chicago.

Previous Article Sid Yiddish: Rocking Both Sides of the Atlantic
Next Article   CALL FOR SUBMISSIONS: Were The Eye Not Sunlike