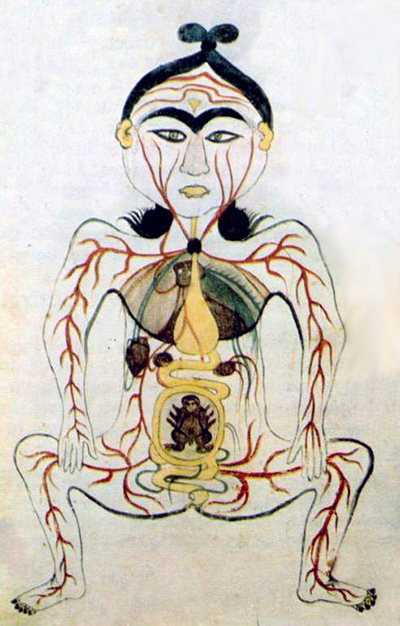 not wheelchair accessible
MELINA AUSIKAITIS is a multimedia artist whose work focuses primarily on herself.  Her conversation is funny and a little sad, like an out-take after the movie has ended.  She has been exhibiting work nationally and internationally for 15 years. Currently, Melina is continuing her collaboration with the Hubbard Street dancer and choreographer Jonathan Fredrickson.  She has curated the art displayed at Chicago’s Rainbo Club for the past six years.  Melina also performs with musician Tim Kinsella and other members of the band Joan of Arc and has a solo a capella performance project.
LEROY BACH is a Chicago musician and cultural instigator.  He served as musician and musical coordinator for Theaster Gates setting to music the poetry of Dave Drake, a slave potter from South Carolina. Bach worked with Wilco, participating in their acclaimed album, “Yankee Hotel Foxtrot,” as well as the “Mermaid Avenue” project, utilizing lyrics of Woody Guthrie.  Bach has presented at The Logan Center for the Arts, The Smart Museum, Hyde Park Art Center, and Arizona State University.  In 2014 he will be Interpreter-in-Residence at the Smart Museum of Art, plus Artist-in-Residence at the Djerassi Program and the Headlands Center for the Arts.
TIM KINSELLA is the author of two novels, Let Go and Go On and On (2014, Curbside Splendor) and The Karaoke Singer’s Guide to Self-Defense (2011, Featherproof Books). He has also recently been named publisher and editor at Featherproof Books and works as a video editor for the artist Theaster Gates. Since 1996 his band Joan of Arc and its related projects have released dozens of albums and they continue to tour internationally on a regular basis. Current projects include commissions for the MCA Chicago and The Museum of Contemporary Photography.
BRYAN SANER is an interdisciplinary art practitioner focusing on the creation of performances, social work, art events and appropriately designed objects.  He teaches workshops, mentors and lectures locally, nationally and internationally on the subject of performance, rehearsal, the body, neighborhood design, movement and collaboration. From 1995 to 2009 Bryan worked as a performing artist with the Goat Island Performance Group. He is currently an adjunct professor, mentor and advisor in the Interdisciplinary Arts graduate program at Columbia College Chicago. Bryan also performs with Erica Mott Productions, Watch Tower and Every House Has a Door.
DAVIEL SHY is a writer and filmmaker based in Chicago, IL. Her writing has been published in Performance Research (Taylor & Francis), Support Networks (University of Chicago Press), and by Chicago Artist Writers. She organized Hindsight: Lesbian Chicago 1994/2014, an event and zine with over 20 contributors about Chicago lesbian history. She has written two collections of poetry, Letters Unsent and Grammar Rulse. She co-founded the monthly screening series L.M.N.O.P: Lesbian Movie Night Ongoing Project, and is currently working on her first feature film, The Ladies Almanack, based on the novel by Djuna Barnes.
MARVIN TATE is a performance poet, lyricist, visual artist, and author of two books of poetry, A School-yard of Broken Dreams (Tia-Chu-Cha Press) and The Amazing Mr. Orange (Curbside Press). His work has appeared on Def-Jam Poetry,This American-Life, WTTW, and venues around the world. His most recent collaboration is with singer/songwriter Tim Kinsella in a project titled Tim Kinsella Sings the Songs of Marvin Tate with Leroy Bach and Angel Olsen, released on Joyful Noise Records (2013). Tate is also the founder of the legendary funk band D-settlement, a Funkadelic-infused band that has received a vast amount of critical acclaim.
Red Rover Series is curated by Laura Goldstein and Jennifer Karmin. Each event is designed as a reading experiment with participation by local, national, and international writers, artists, and performers. Founded in 2005, the over eighty events have featured a diversity of renowned creative minds.
Winter + Spring 2015
Details to be announced!!!
Email ideas for reading experiments

The schedule for events is listed at
http://groups.yahoo.com/group/redroverseries

WOW WOW WOW
Red Rover Series
on facebook? why not?