Wreck-Chords features new works by Interdisciplinary Arts alumna Barrie Cole and Jeff Abell, Interdisciplinary Arts MA Program Director. Cole has had an active career as a writer, performer, and playwright in Chicago, and her new work “Carrying Over” explores the complexity of relationships through mathematical “word problems.”  She will also perform “Some Love Letters to No One in Particular” which is much like what the title suggests. Abell will present the premiere of a work called “Baggage” that is based on his travel journals over the past 13 years while traveling in Europe. Says Abell, “if much of my work in the past was concerned with identity, then this work considers the relation of identity to place, and how, when we travel, we end up bringing ourselves and our issues along in the suitcase.” 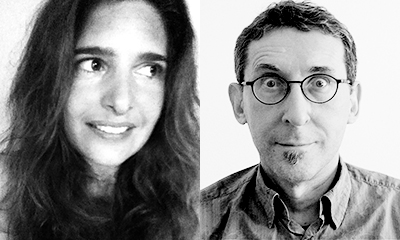 When Cole was a student in the department 20 years ago, she was part of a class that Abell taught that went to Indonesia, and subsequently part of a performance work Abell based on that experience. The “Wreck Chords” performance marks a kind of anniversary of Cole and Abell working together. This is also the 30th anniversary of the first major performance Abell gave in Chicago, in 1983, called “Love Songs: A Record.”  The title of the evening “Wreck-Chords” is a homonym of “records” and both of their works are records of our personal experiences. The title also is an homage to Adrienne Rich’s book “Diving into the Wreck.”