CBPA Director Steve Woodall was recently interviewed for the Caxtonian magazine by its editor, Robert McCamant. McCamant relates his first meeting with Woodall at a book fair in Maryland, and follows his energetic and eclectic career path from California to Chicago as journalist, rare book collector, cab driver, and poetry enthusiast. 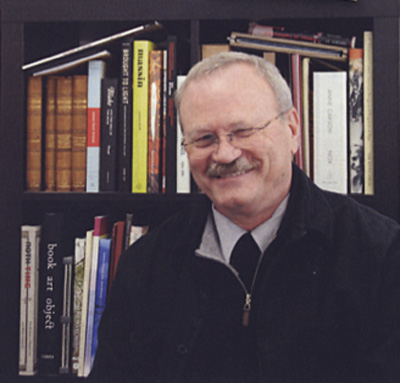 Woodall was nominated for membership to the Caxton Club in 2009 by its historian and archivist Paul Gehl, who is also Custodian of the John M. Wing Foundation on the History of Printing at The Newberry Library.