The Center for Book and Paper Arts Announces Visiting Artist 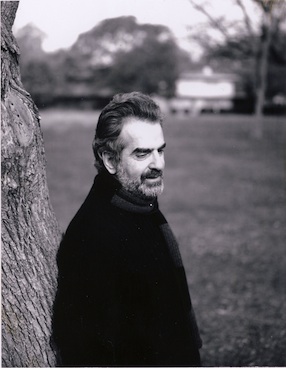 Aram Saroyan, internationally known poet, novelist, biographer, memoirist and playwright, visits Chicago as a guest of the Center for Book and Paper Arts in celebration of the release of the artists’ book Four Monologues, designed and published under the Center’s Epicenter imprint. Saroyan will give a public lecture My Journey as a Writer, at Columbia College Chicago in addition to attending a staged reading of Four Monologues at the Poetry Foundation.

Aram Saroyam’s poetry has been widely anthologized and appears in many textbooks. Among the collections of his poetry are Aram Saroyan and Pages (both Random House). His largest collection, Day and Night: Bolinas Poems, was published by Black Sparrow Press in 1999. His Complete Minimal Poems, published by Ugly Duckling Presse, won the 2008 William Carlos Williams Award from the Poetry Society of America.

Saroyan is notable for controversy surrounding one of his two National Endowment for the Arts poetry awards—in 1970 his provocative one-word poem “lighght” generated highly publicized objections from Senator Jesse Helms and Representative William Scherle among others.

Saroyan’s prose books include Genesis Angels: The Saga of Lew Welch and the Beat Generation; Last Rites, a book about the death of his father, the playwright and short story writer William Saroyan; Trio: Portrait of an Intimate Friendship; The Romantic, a novel that was a Los Angeles Times Book Review Critics’ Choice selection; a memoir, Friends in the World: The Education of a Writer; and the true crime Literary Guild selection Rancho Mirage: An American Tragedy of Manners, Madness and Murder. Selected essays, Starting Out in the Sixties, appeared in 2001, and Artists in Trouble: New Stories in early 2002. His play At the Beach House, starring Orson Bean, was produced in the fall of 2005 in Los Angeles.

Lecture – Aram Saroyan: My Journey as a Writer

This event also serves as a book release for Four Monologues ($40), published under the Center’s Epicenter imprint. Designed and produced in an edition of 300 copies by MFA students in Clifton Meador’s advanced graduate printing class. The Center for Book and Paper Arts is a division of the college’s Interdisciplinary Arts Department.